Three Rings for the Elven-kings (Umno, MCA, MIC) under the sky
Seven for the Dwarf-lords (Gerakan, PPP, etc) in their halls of stone
Nine for Mortal Men, doomed to die (DAP & Gang)
One for the Dark Lord on his dark throne (You-Know-Who) 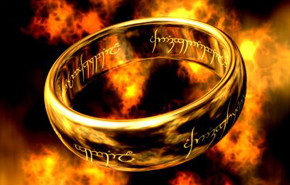 A piece of trivia, make of it what you will: The online petition backing Latheefa Koya as MACC chief is drafted in English while the one asking her to resign is drafted in bahasa Melayu. 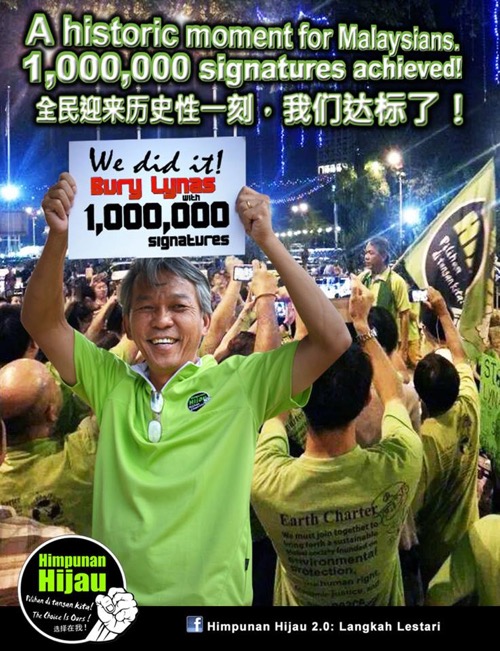 But so what if Latheefa’s cyber cheerleaders number some 15,000? Does anyone still remember how many Malaysians put their signatures on the DAP-led petition to “Bury Lynas”?

But the will of a million people counts for nothing in New Malaysia where the word of one Übermensch determines everything. The Harapan chairman made a unilateral decision Lynas will continue operating, and that’s that. Nowadays the muzzled chihuahua can’t even manage a tiny yelp.

In the good old days, Kit Siang would have been the pitbull barking loudest for resignation by the BN minister over an environmental fiasco such as Lynas.

In the bygone era of Malaysia Lama, DAP had actually demanded for not one but FOUR minister heads to roll – see above, ‘If Lynas’ waste stays, four ministers must go, says DAP’ as reported by Malaysiakini a lifetime ago in end-2012 and tweeted by LKS himself.

And there was such a doomsday pall at those anti-Lynas mass demonstrations, what with their mock coffins and “mutant” costumes, if you still recall.

BELOW: ‘Guan Eng: Vote out BN to shut Lynas plant

Post GE14 however, Lynas is suddenly no longer radioactive and no more a “nuclear plant” waiting to explode.

Mahathir deems it fit that the waste from Lynas can continue to accumulate and if need be, spread out to other containment areas in the rest of our country. Decisions are now solely a prime ministerial prerogative and his word is final.

Which just goes to show that all those anti-Lynas protesters who swallowed the toxic DAP propaganda are …? Already dumb enough back then and even dumber today.

The Dumb-and-Dumber Dapsters had fought so ferociously, and so viciously, to install the DAP in Putrajaya – attempting to destroy whatever standing in their path. But it’s been worth it, right?

Currently one anniversary’s journey from 9 May 2018, little running lapdog DAP accepts that its Beloved Tun knows best about Lynas, about the MACC top job and about everything else under the Malaysia sun.

Like in the first 22 years of Mahathir’s rule when he alone knew the date when Malaysia’s next general election was going to be called, presently in the second year of the Mahathir 2.0 prosperity reign, only he alone knows when the handover of power to Anwar will take place. Who wants to bet the answer is ‘Never’?

15 thoughts on “The ‘One Ring’ swiftly slipping away from Anwar”