Dapsters are still getting it wrong despite having wasted a decade of their life.

Actually, “the majority in the Malay community want their entitlement when it comes to social, educational and economic programmes” –  say those gleefully bursting the Harapan balloon of false Hope.

“That may be true” writes Commander (Rtd) S. Thayaparan referring to the sense of entitlement he quoted above, “but what does this mean?”

“It means that nobody is really interested in equality,” says Thaya answering his own question, “and that non-Malays should stop thinking of themselves as citizens of this country, and whose existence is merely to prop up a system which disadvantages them”.

“Which is fine, but this means that the only cathartic thing to do is to leave this country, or vent on online forums,” concluded Thaya in his Malaysiakini column yesterday (June 17) headlined ‘Is hoping for meritocracy futile?’

BELOW: The “failed accountant” sulking over many slights

Thaya’s fellow Malaysiakini columnist Martin Vengadesan wrote a fortnight ago (June 4) that his siblings and three-quarters of his cousins have emigrated.

The Vengadesan clan voted with their feet.

When I was in Standard Three, the Chinese girl who sat beside me in Standard Two class emigrated with her family to Australia. Her father was a doctor who ran a popular clinic in Georgetown.

When I was in Standard Four, the girl who sat beside me in Standard Three class also left for overseas. She was Eurasian – father Chinese, mother white. Throughout my time in primary and secondary school, there would be missing former classmates each fresh academic year. Some of the parents had emigrated for the sake of their children’s future education.

Thaya in his article dwells on how non Malays are evaluating whether they are “equal” (or perhaps not) citizens of this country. I’d like to expand his discussion to the DAP’s once favourite trope that Chinese were “second-class citizens” and also ask Dapsters if they feel like first-class citizens now that Harapan is ruling in Putrajaya.

On the stump at SMK Chung Hwa in Gurun, Guan Eng told his listeners numbering some one thousand that they were being treated like “second-class citizens” by Umno. This was expressed during the Sungai Limau by-election campaign in November 2013 – see Malaysiakini report above.

In a campaign rally the previous general election (GE12) at Han Chiang high school, Guan Eng told a Penang crowd – listen to video below minute 7:18 onwards (translated from Hokkien and Mandarin): “For 50 years we have been second, third, fourth-class citizens. Enough already lah, right or not?”

The aforementioned DAP gathering on 6 March 2008 numbered more than 10,000. From the same video at minute 6:30, you can hear Guan Eng screech in English, “I want to be a first-class Malaysian citizen!” His words are the red meat continually thrown to the DAP voter base to pump them up.

Be it Guan Eng, his father Kit Siang or the many other aggrieved party leaders, their loud complaint of second-class citizenship is a long-running grievance constantly repeated … that is until the historic regime change of 9 May 2018.

Guan Eng is a third-generation immigrant and represents the pinnacle of Chinese achievement in Malaysia with his Finance Minister job.

By comparison, Malaysia-born Penny Wong is a first-generation ethnic Chinese immigrant to Australia. She was Australia’s Finance Minister in 2010-2013 under both the governments of prime ministers Julia Gillard and Kevin Rudd.

To achieve her distinguished portfolio (which she did not even have to share with an Economic Affairs minister ala Azmin), Penny did not require the electoral muscle from 95 percent of the Chinese living in Australia to vote her Labor Party. Nor was the Australian electorate comprised of a whopping one-third Chinese voters like in Malaysia.

(Note: Although Chinese are less than one-quarter of the Malaysian population, they make up a disproportionately large percentage of the voters due to their over-registration, high turnout and urban location. Malays are a young population and many under voting age or not motivated to participate whereas some Bumiputera still live in remote Sabah & Sarawak areas inaccessible by road.)

Wow.. so glad we change the govt or else Chinese will forever be 2nd class citizen under Umno rule 👍

Thanks for your link. About your question I think at that moment of time @guanenglim and most chinese have a feeling like being treated as 2nd class citizens by Umno but now with the new PH govt the Chinese feels a lot much better.Thank god

Social media influencer Azmi Arshad (above) wants to know why Guan Eng incited Chinese through the perennial claim that we minorities are treated as second-class citizens.

Responding to Azmi, a DAP supporter called ‘JC’ tweeted a thumbs-up accompanied by “so glad we change the govt or else Chinese will forever be 2nd class citizen under Umno rule“.

It’s true the 95 percent Chinese voters fought fang and claw to change the government and bring back Mahathirism. Kudos.

BELOW: Hannah Yeoh, failed applicant for permanent residency in Australia and her Beloved Tun 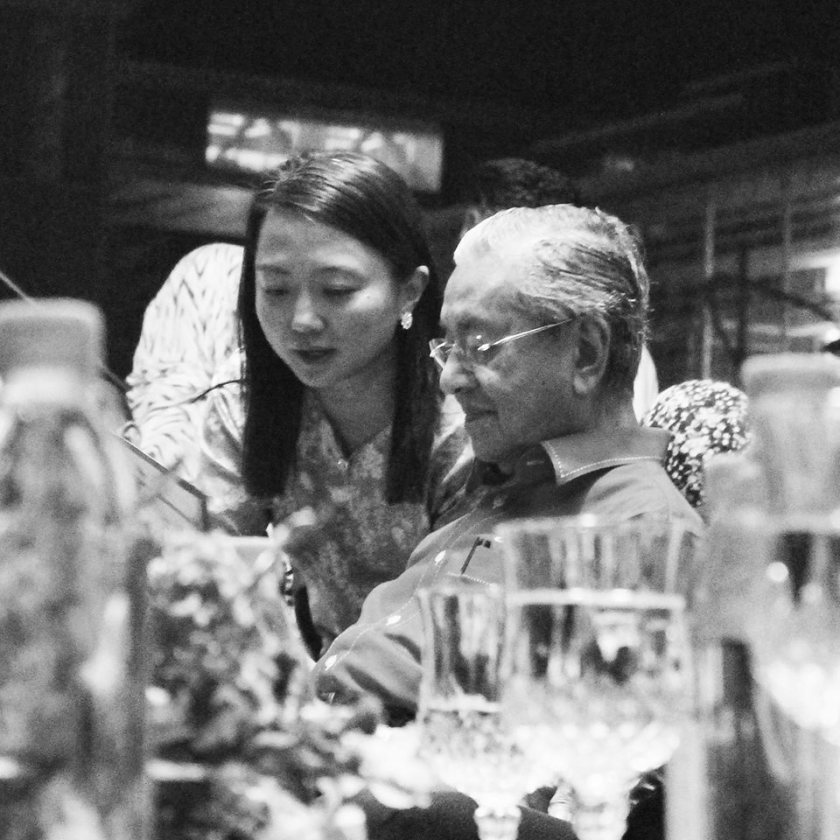 Mahathirism is the system whereby everyone bends the knee to Mahathir and assiduously licks his, err, boots.

Without cabinet consensus, Mahathir unilaterally decided that Zakir Naik would not be extradited back to India as well as made a unilateral decision that Lynas would not be ceasing its operation in Pahang.

— Without waiting for an inquest, Mahathir prematurely pronounced that fireman Adib Kassim’s case was “attempted murder”;

— without waiting for police investigations, Mahathir aired his belief that the Azmin Ali lookalike sex tape was fake and confidently saying this mere hours after the scandal first surfaced;

— without waiting for the parliamentary select committee, Mahathir appointed Latheefa Koya as MACC chief against Harapan manifesto guidelines … the list of Mahathir’s solo pronouncements in just this one year alone is endless.

And what Dapsters have gifted their children and grandchildren through their ‘Ubah’ is a legacy of Mahathir one-man rule. Some people view this kind of government a dictatorship.

In 2010, Hannah Yeoh did her best to dissuade young Malaysians from emigrating. She discouraged others even though she herself had applied for PR in Australia, and embarrassingly failed in her bid!

She persuaded them to instead remain in the country and work the next 10 years to put DAP in Putrajaya.

A change of government brought many personal benefits for Hannah. With her party taking control of Selangor, she got the state assembly Speaker’s chair and with it a lucrative five-figure salary (then almost matching Najib’s). With her party in power at federal level more recently, Hannah got herself a Deputy Minister position. 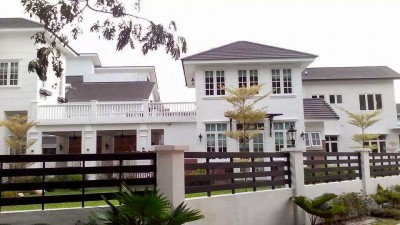 DAP evangelistas and a small handful of party apparatchiks have reaped bountiful profits from changing the government. DAP Perak warlord Ngeh Koo Ham is worth RM80-plus million in declared assets. His cousin Nga Kor Ming – presently Dewan Rakyat Deputy Speaker – is very rich too and lives in a humongous ‘White House’ (pix above).

Politics pays and has paid well for selected DAP leaders. For the ordinary Chinese, maybe not so much ya.

How have the young Malaysians – previously persuaded to shelve their emigration plans – benefited from Malaysia’s regime change? No more Umno rule means the 95 percent Chinese DAP voters have been elevated to first-class citizens, for sure.

Indeed my heartiest congratulations to Dapsters. You lot deserve every bit and more that you’ve got coming.

24 thoughts on “Young Dapsters should have emigrated 10 years ago”