Today is D-Day … DAP’s Do Nothing Day.

A day when the Dumbstruck Apek Party left its tiny chihuahua paw print on the pages of Malaysian history as a useless footnote — only to be forever remembered as having betrayed its Chinese voter base.

The DAP bigshots literally did nothing except meekly bob their heads during the cabinet meeting to agree with “Islamist” Maszlee (below) over injecting Jawi into Chinese schools. 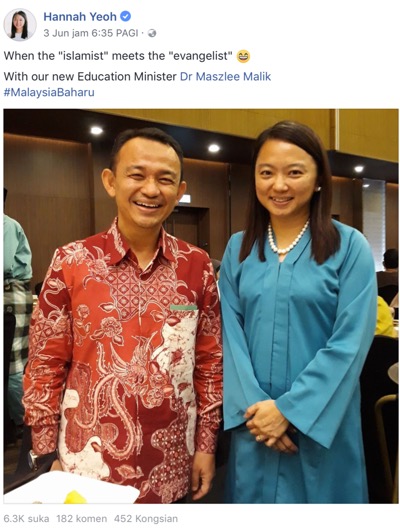 Deputy Education Minister Teo Nie Ching has been “evasive” (or in other words, doing nothing) pertaining to the Jawi issue, wrote Tay Tian Yan in his Sin Chew column yesterday headlined ‘We cannot afford to perish in silence’.

Tay, the Sin Chew deputy executive editor-in-chief, is stung by the complete indifference displayed by the Education Ministry to the grave concerns raised by Dong Jiao Zong.

Ms Teo is however only a second-tier federal leader as a deputy minister. Worse still are the rest of the DAP’s first-tier full ministers who sit in cabinet alongside Mahathir who “do not seem to know that this [Jawi] thing exists, or they just pretend to be so,” added the Sin Chew editor in his op-ed (below).

Congrats to the Chinese electorate which gave DAP a massive 95 percent of their vote for being now rewarded with this ‘make-dunno’ shrug by their party.

Under MCA’s watch in the last administration (2013-2018), there was no Jawi in Chinese schools. Yet MCA was merely the weak ‘7-Eleven’ party, i.e. having seven MPs and 11 Aduns.

In comparison, DAP has 42 MPs and 106 Aduns in the current administration.

When MCA had its seven MPs, its BN big brother Umno had 88 MPs.

DAP’s present 42-MP contingent – by contrast – appears rather meaningless in Pakistan Harapan despite that taiko Pribumi only had 12 MPs technically at the conclusion of GE14. (Pribumi has since increased its stable of MPs to 26 after absorbing Umno frogs.)

Going by strength in numbers, it was only natural that MCA’s seven MPs were overwhelmed by Umno’s 88 MPs but still, no Jawi in school for which Dong Jiao Zong must be thankful.

On the other hand, the DAP’s 42 running dogs are totally cowed by Pribumi’s 26 MPs. Or more accurately, all of DAP – 42 MPs and 106 Aduns – are genuflecting to one Olde Man.

What does that say about the 95 percent Chinese voters who flexed their electoral muscle? 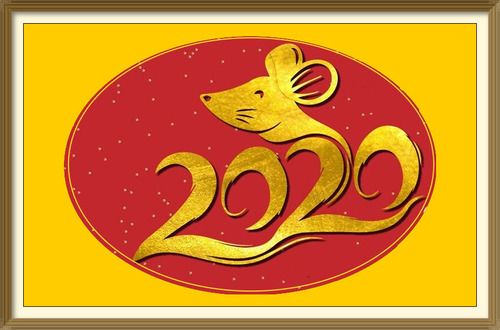