In photo (A), the woman is wearing surgical mask and latex gloves. In photo (B), I simply coloured her face mask black. How different is today’s compulsory public mask-wearing from the niqab – see photo (C) – that is banned in some secular countries?

It’s just how an issue or picture is framed. Look deeper and different perspectives will start to appear. 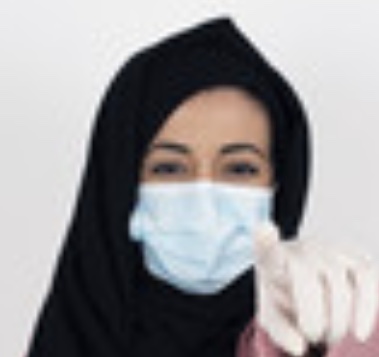 Only one Rohingya storyline mainstreamed in M’sia

All the virtue signaling and browbeating is to make sure that Malaysians don’t dare view the Rakhine conflict in any other angle than the Mahathir Marina-sanctioned narrative. In July 2019, Mahathir also said the Rohingya “should be given their territory to form their own state”.

Our MCO frontliners are Malays and it will be the Malay military (navy, soldiers), Malay police, Malay immigration officers, Malay health and enforcement personnel, Malay van drivers, Malay nurses, Malay cooks and food servers who will have to process the quarantine of boatloads of Rohingya.

The virtue signalers like Ambiga need only tap their keypads, posture on Twitter, donate their saliva (sedekah air liur) and sip their latte.

What happened to the protests in support of Rohingya by Pas and others (and quite rightly) not too long ago when they sailed the seas to deliver relief to the Rohingya? Why are they not standing up for them now? https://t.co/urusNznJHe

If you thought British interference in India was bad enough

… look at how they carved up Africa. But that’s another story for another day.

Yesterday my blog post on Rohingya logged in at 3,426 words, and with very few pictures. I understand not everybody wants to wade through such lengthy text. So I’m giving a short summary below.

The gist of it is Rohingya are akin to Lim Guan Eng declaring “I’m not Chinese”. In Myanmar’s uncompromising view, they’re all Bengali. These people however demand for themselves to be recognized as Rohingya, which is more or less like how Hannah Yeoh insists her children must be recorded by our National Registration Department as keturunan “Anak Bangsa Malaysia” and not Indian/Chinese.

Rohingya history of immigration to Burma and their separatism have many parallels to the history of Chinese immigration to Malaya and the armed struggle by Chin Peng’s communists. A similar role too was played by the British in both countries. 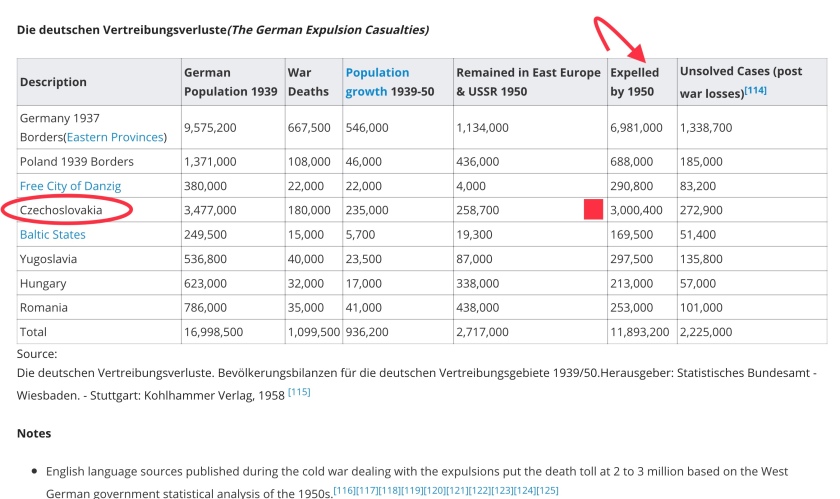 In 2017, Myanmar expelled the Rohingya or looking at it another way, the Rohingya felt pressured to flee. There are historical precedents for this. In 1945-46, Czechoslovakia expelled three million Sudeten Germans after stripping them of citizenship — see table above (click to enlarge).

The numbers above have been tabulated by the Schieder Commission and vetted by the then West German government.

Winston Churchill and Franklin Roosevelt as prime minister of Britain and president of the United States respectively were party to and complicit with the Czechoslovak decision under the Potsdam Agreement dictated by the Allied powers.

At the end of World War Two, Romania was estimated to have expelled more than a quarter of a million (253,000) of its German ethnic minority. Poland, Hungary, Yugoslavia, the Baltic states and territories that used to be Germany’s eastern provinces together expelled a combined total of roughly twelve million (11,893,200) ethnic Germans post WWII.

West Germany took in all these ethnic German refugees from Eastern Europe.

In our living memory, we’ve witnessed the population transfers (mass expulsions) of minority Turks from Greece to Turkey, and of minority Greeks from Turkey to Greece conducted under the Treaty of Lausanne. The Al-Jazeera documentary – video above – says one-and-a-half million Greek orthodox Christians were uprooted in the move.

An earlier Peace Treaty of Neuilly in 1919 saw a population exchange between Bulgaria and Greece that involved 300,000 people. The movement of Hindus from Pakistan to India, and of Muslims from India to Pakistan in 1947 is another example known to Malaysians.

The people of Bengal are Bengalis. Myanmar views the Rohingya as Bengalis because they emigrated from Bengal. British colonial records refer to them as “Indian” as well as ‘Mohammedan” (Muslim).

Violent actions by the Tatmadaw (Myanmar army) have caused the Rohingya to trek en masse to Chittagong, Bangladesh. What happened at the Burma-Bangladesh borderlands is a strand of Race & Religion history we’ve witnessed before.

There’s more to brain from the expulsion than merely all those ‘Look at me, I’m so compassionate-and-virtuous’ signals eagerly telegraphed by the Malaysian Twitterati. Please read my yesterday’s blog post to broaden your outlook.