The Malay Mail photo below shows some of the undocumented foreigners detained in this morning’s crackdown.

Maria Chin Abdullah, the area’s PKR member of parliament slammed the raid, saying “getting rid of migrants will only hurt [their employers] economically.” Oooops, she just let the cat out of the bag! 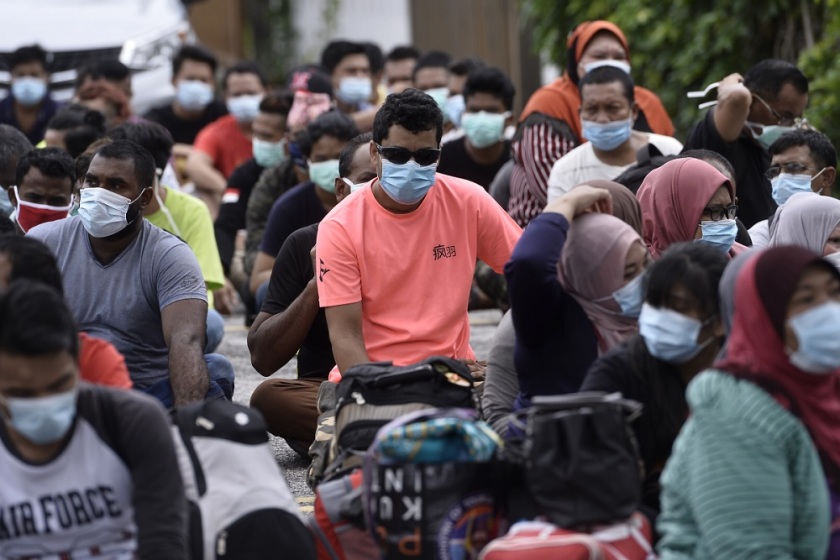 Now W-H-O possibly might their employers be, considering that this is kawasan DAP pekat?

Ordinary Malaysians applaud the round-up being carried out by our authorities and its next phase, deporting these PATI.

Those vested interests losing their cheap labour, however, would be not quite so appreciative of the enforcement action. But they can’t jolly well be chanting “Migrants are monkeys paid peanuts”.

Migrants are human too?

BELOW: Photo of the enhanced MCO in PJ Old Town by ‘The Star’ shows a barbed wire perimeter because of the many Covid-19 cases there 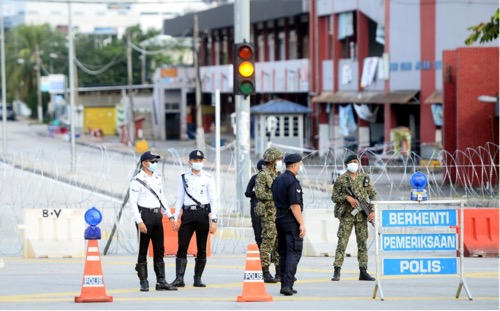 Illegals not taking jobs away from Bangsar SJWs for sure

You may have noticed the puzzling trend of Chinese individuals furiously flapping their jaws to scream meaninglessly that “migrants are people”. (Well, they’re certainly not cats.)

Why are some non Muslims so keen on keeping Rohingya and others in our country? Connect the dots, ahem.

There is the by now formulaic ‘Migrants are human too’ chant and indeed yet another such headline was again published in The Star yesterday — see below. 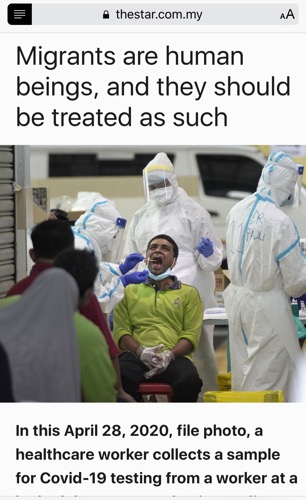 The ‘Migrants are human beings’ letter above was written by Subang Jaya resident Lim Zhenyi Aliana.

Ms Lim in her letter claims:

“Much of the anti-migrant discourse in Malaysia centres around the idea that migrants have come here to take away the jobs, the safety and even the citizenship – essentially, the basic human rights – of Malaysians. This is an inaccurate assumption because human rights are not quantifiable.”

She also asserts, “Giving migrants the same opportunities and the same basic social safety net as locals is not in any way ‘taking away’ rights from locals” (see red underline in screen capture below.) 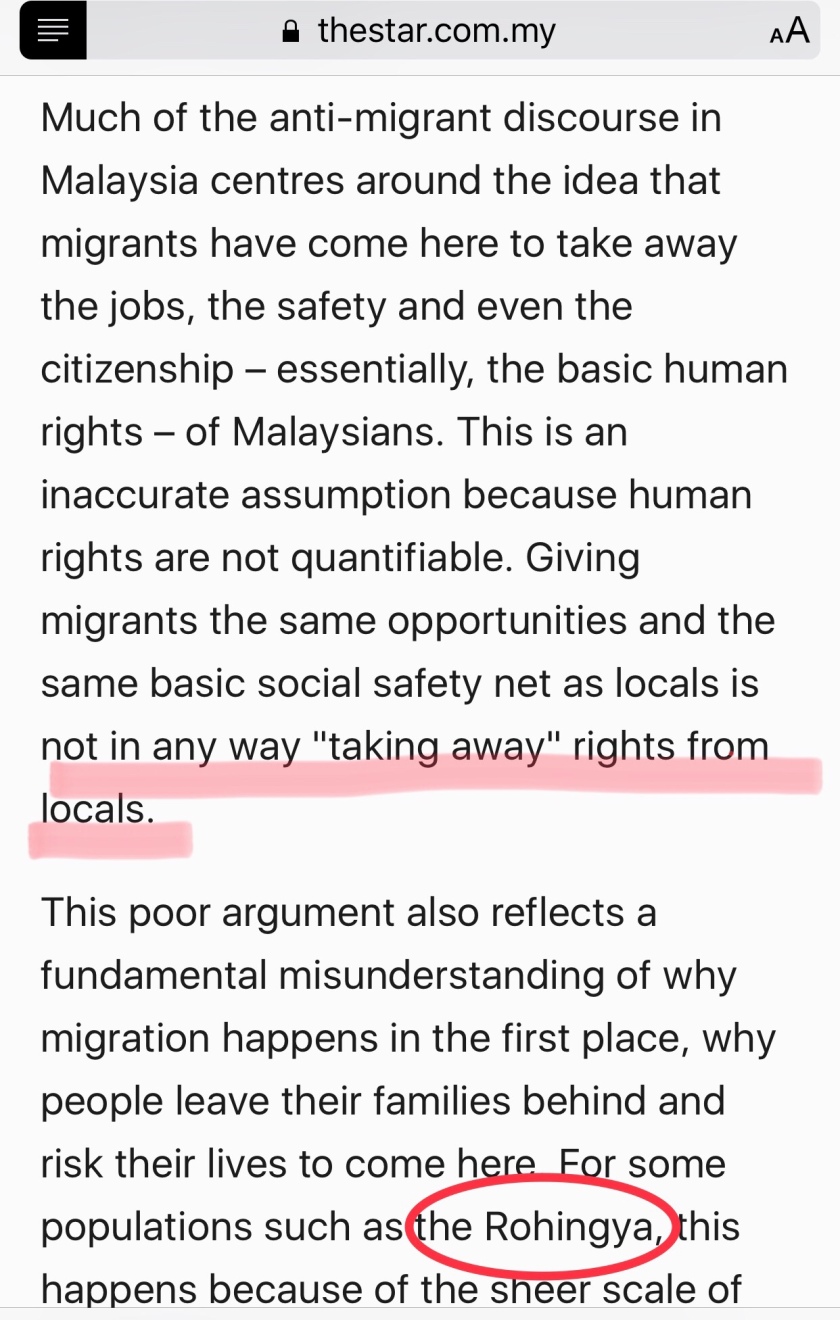 Whatever menial jobs being done by the 200 men and women – refer photo – rounded up by Immigration this morning are obviously not the sort of work sought after by Twitterati virtue signalers.

The Lims and the Tans and the Chuahs, who are ardently semaphoring their virtue and decrying the “ugly Malaysians”, apparently care heaps about human rights for Rohingya and migrants but about job opportunities for the locals (Malay B40), err … not so much.