A whole slew of Chinese virtue signalers are lately groaning and moaning aloud about “Rohingya-are-human-too” being the target of hate in Malaysia, konon.

Actually it is the Malays who are daily doused with demeaning slurs by Harapan supporters. Just listen to the bitter political discourse about “backdoor government” — all those nasty comments hurled at the Malay ruling parties coupled with acid contempt dripping for their lackeys MCA and MIC.

Well guess what. The law of physics is always in play. So never forget Newton’s Third Law of Motion: For every action, there is an equal and opposite reaction.

Dislike for DAP is a rock solid bloc

Two days ago, an audio clip of a voice ’resembling’ Mahathir’s went viral. In it, the man was heard saying that he “did not like DAP” and Anwar (see Astro Awani report).

Yesterday Mahathir released a short media statement. He did not deny the voice was his. PM7 only griped the recording had been edited and was being circulated with bad intentions. He then challenged the leakers to release the full transcript.

The upshot is that Mahathir still dislikes DAP despite his toes being licked nef and numb by super fans in the party.

Whole day holding on to the phone. My hands are numb. 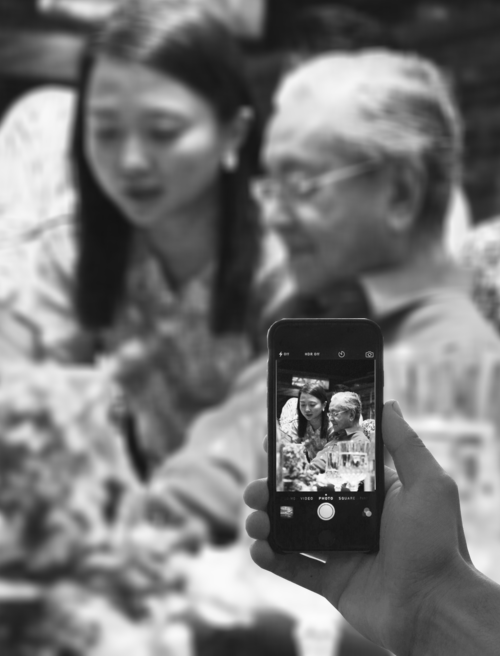 Stocktake of Malays who are anti DAP

This is the party that dislikes DAP the most. The reason could be that as a political Islam party, it feels most threatened by the political Christianity that is the engine driving the DAP.

PAS ulama have publicly spoken out against DAP evangelistas. The rancour is mutual; witness how PAS Muslimah chief Ustazah Siti Zailah was bullied off Twitter by the Hannah crowd.

DAP bitch and whine endlessly that Umno has made their party the “bogeyman” with which to frighten the Malays. But recall Newton’s 3rd Law of Motion that’s always in motion. Could Umno’s belligerence merely be a reaction to DAP making as if everything wicked this way comes must surely emanate from Umno party leaders?

Look for example at Hannah Yeoh and her tweets — “Wicked regime @NajibRazak” … “No shame. Wicked Barisan Nasional government” … “Wicked BN MPs” and best of all, the one below where she rattles off a litany of deprecations (“the corrupt”, “the wicked”, “those who steal, kill and destroy”) at Umno’s Zahid Hamidi.

DAP has been sowing hatred against Umno for a long time and now their Chinese base are reaping the harvest.

And what about the corrupt, the wicked and those who steal, kill and destroy? https://t.co/DrWrlBEyHP

The Harapan government collapsed because this splinter party – which Dapsters call Umno 2.0 – pulled out from the ruling coalition. The Sheraton Move took place because Muhyiddin’s people cannot tahan anymore working with DAP.

From the leaks these past several days, we find out that Mahathir’s people also cannot tahan the DAP, with only one possible exception of greenhorn Syed Saddiq (pictured in the DAP wefie below). Update: Add Mukhriz as Harapan friendly.

Azmin has left Harapan with his YB cartel. The rank-and-file followers of Team B still remain in PKR although some of the higher profile ones have been sacked by Anwar. It’s safe to say that those aligned with Azmin are anti DAP. The bad blood goes back to the Kajang Move or even before that.

The DAP’s arrogance simply rubbed the Borneo natives the wrong way. As kingmakers, the Sarawak claque could tilt either to Harapan or to Perikatan. They chose the latter grouping. The main catalyst for GPS choosing to throw their lot with fellow peninsular bumiputera is their aversion to the DAP sec-gen.

And there you have it. That’s a whole big bunch of Malays who refuse to have any truck with DAP.

The list above might conceivably amount to 85%-90% of the Malay electorate. DAP’s only friends are its Amanah buddies and the smattering of PKR liberal Malays. DAP is now left with a last option of clinging on tight to Anwar’s coattails … and how much Malay support has Anwar got?

With all the revelations that have come from the leaks, it’s really time for Chinese voters – 95 percent of whom support DAP – to rethink the radical and confrontational path they’re taking.

Chinese should remember they’re a minority belonging to a different race and different religion from the majority population.

A majority of the majority – we’ve just done the headcount! – have little patience left anymore for the aggressive behaviour of DAP and its brainwashed zombies.

One thought on “Dear 95%, Mahathir pun tak suka DAP. Let that sink in”