What else can you think when they’re telling the world that Malaysia is racist.

Malaysia has topped yet another global survey. In this one, Malaysians perceive our own country to be very strongly guilty of racial and religious discrimination.

Index Mundi created a set of world indices based on the results of their international surveys.

On the question of “How big of a problem is racial discrimination in the country where you live?“, Malaysia came in second – see table below – among 76 countries polled.

Are we a country of ”Racists” and “Religious Bigots”?

Some Malaysians seem to think so. In fact, they signal that racial discrimination here is only second to the formerly apartheid South Africa and that we’re more discriminative than even the Saudis sitting unpretty in 8th spot and the snooty French in 9th. 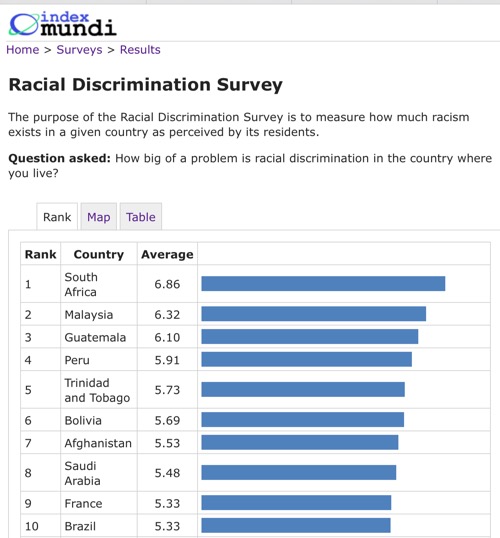 On the question of “How big of a problem is religious discrimination in the country where you live?”, Malaysia came in fifth – see below – among the 76 countries.

In top spot on the Index Mundi religious discrimination perception index is Turkey, a country that once carried out a genocide of its Armenian Christians.

In second place is Nigeria, a country whose population is split almost half-half between Muslims (51.6 percent) and Christians (46.9 percent). Interestingly, Nigeria has the world’s fifth-largest Muslim population and the world‘s sixth-largest Christian population.

The Index Mundi measures perception registered by its survey respondents who feel their country to be discriminatory on the basis of religion. In the case of Nigeria, the Muslim-Christian conflict goes beyond just mere perception and is measurably bloody in its actual death toll.

It is troubling for Malaysia to be ranked cheek-by-jowl alongside countries like Turkey, Nigeria, Iran, Afghanistan and Saudi Arabia (in 6th place) in our perceived lack of religious freedom.

That Malaysia should rank so very high in negative perception is no surprise given that some segments of our society have been screaming to the world how their countrymen are “ugly Malaysians”, “inhumane”, “cruel”, “Taliban” and “Nazis”.

To see full ranking of the 76 countries, go to https://www.indexmundi.com/surveys/results/8 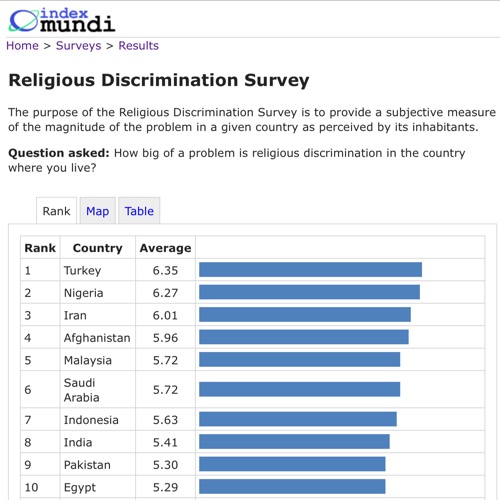 Country split into two down the middle

According to DAP strategist Liew Chin Tong, Malaysia now has a 50-50 electorate. “The divide runs down the middle, more or less.”

Analyzing the voting pattern in our last three general elections, he found the popular vote going to:

“The widest gap we can expect in the next election is likely to be 55-45,” Chin Tong recently wrote in his imagination of ‘The Great Reset – A Progressive’s Agenda for Malaysia‘.

He added: “There can therefore be no social peace when any Malaysian government acts as if it is running a country with 90 percent of popular support.”

What Chin Tong omitted to mention is the legendary 95 percent Chinese support that went to his party the last election, and the current 96 percent Malay Bumiputera government of Muhyiddin.

Based on the above, Chin Tong said “it is wishful thinking on the part of some members in Perikatan to claim that they can win a two-thirds majority in the next elections”.

Although Chin Tong acknowledged that the opposition may lose some parliamentary constituencies in the peninsula come GE15, he nonetheless remains “confident that Pakatan will hold the line at 80 to 85 seats“.

That leaves the 57 seats in Sabah and Sarawak and consequently their kingmaker MPs to swing Putrajaya either to the DAP’s progressive or the Muafakat conservative camp. I’m putting my money on the political camp most eager in calling for a snap election.

BELOW: “Best deal ever”? … Nah, Malaysia’s 95% Chinese voters got a bad deal and not even a two-year warranty 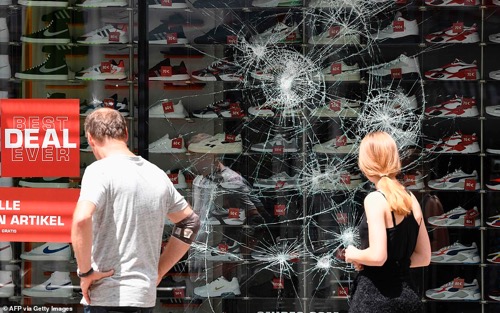 The hypothesis by Liew Chin Tong of Malaysia’s fifty-fifty electoral split needs to be explicated further. Reminder: There are 222 seats in parliament.

Muhyiddin’s Perikatan has 114 MPs which is half (111 seats) of the Dewan Rakyat plus three (+3). The opposition is 106 MPs plus two Independents. So, quite correct — support for each side of the two-party system is currently almost half-half but this balance will change in the aftermath of a snap poll.

More significantly post-Sheraton, the split down the middle is actually between (a) Malays and non Malays, and (b) Muslims and non Muslims. A profile of non Malay (i.e. Chinese and Indian) Aduns under either a Harapan or Perikatan state government will amply demonstrate the deep Race-Religion divide.

Below is the updated Adun headcount by ethnicity in each of the four most multiracial states following the Sheraton Move.

Note: There is some uncertainty as to the latest status of certain PKR Aduns in Selangor amid the party sackings

To sum up, the ratio of non-Malay Aduns in the Harapan or Perikatan state governments of Penang, Perak, Selangor and Johor is:

There are zero non-Malay Aduns within Perikatan in Penang, Perak and Selangor.

Penang and Selangor are Harapan states and there are 27 and 18 non-Malay (Chinese & Indian) Aduns respectively in government. Meanwhile, there are zero non Malays on the opposition bench of both their state legislatures.

Perak and Johor are Perikatan states and there are 17 and 15 non-Malay (Chinese & Indian) Aduns respectively in the opposition. Meanwhile, there are no non Malays in the Perak state government although one ex-DAP Indian Adun has now joined Gerakan which is however not a Perikatan party component. The Johor state government post Sheraton has three non-Malay Aduns.

The ethnic composition breakdown of the four state legislatures (Penang, Selangor, Perak, Johor) shows how lopsided is their non-Malay Adun bias. Chinese YBs are stacked ceiling high in DAP but missing from Perikatan due to MCA’s weakness. 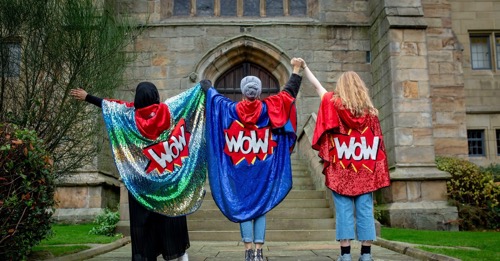 Penang most susceptible to the woke trend

“Unhinged SJWs around the globe have assaulted, beheaded, drowned (throw into lake), stomped and dragged inert statues through the streets. Such violence, and yet these are the very types of people always on social media pretending compassion and humanity.”

BELOW: Animal abuse in Portland … what did the poor elk ever do to Antifa?

The additional photos below illustrate how unhinged is the BLM assault on statues. 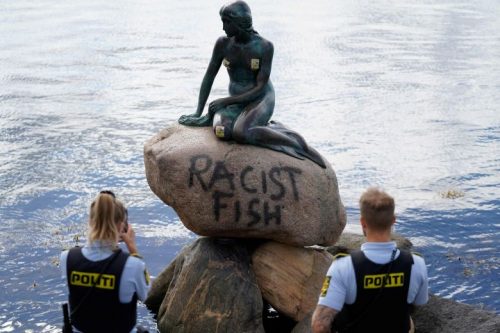 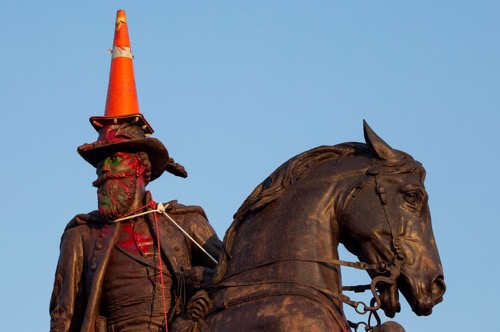 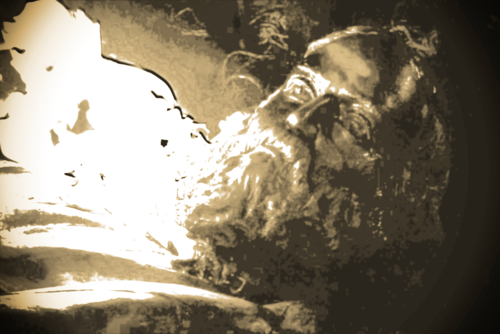 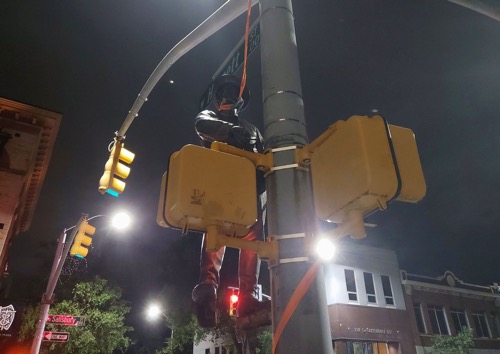 The red paint attack on the Francis Light statue in Penang was low grade violence. Splashing red paint is a tactic used by the Ah Long to intimidate debtors. It is harassment not amounting to physical injury.

Police are probing the July 2 act of vandalism as possibly a copycat of the Black Lives Matter campaign of destruction. The BLM people are plain violent. Penangites in particular and Malaysians in general are nuts to want to hop onto this BLM train wreck.

According to 2019 estimates by Malaysia’s Department of Statistics, Chinese make up 39.1 percent of the Penang population while Bumiputera are 42.8 percent and Indians 9.4 percent.

Note that Chinese are no longer either a majority or even a plurality in Penang but the state is nonetheless under the iron thumb of the DAP. This makes Penang more volatile than other peninsular states which are under Perikatan rule. 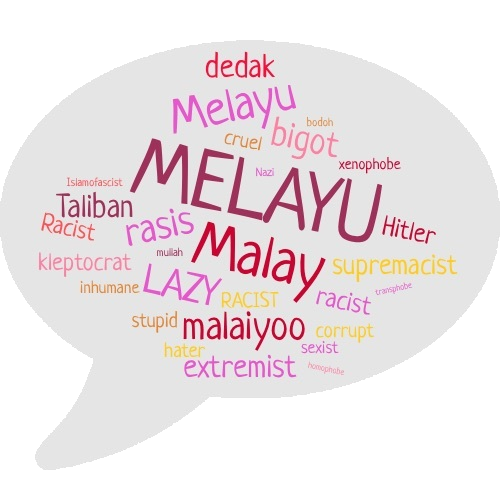 It takes two hands to clap

BLM in the United States is a race grievance movement where the minority ethnic (blacks) believe they live in a white supremacist country that subjects them (blacks) to systemic racism. Woke and virtue-signaling Malaysians jumping on the BLM bandwagon believe they’re SJWs fighting Malay supremacy.

President of the Federation of Chinese Associations Malaysia, Tan Sri Goh Tian Chuan was today quoted by The Star as saying: “Politicians should refrain from making such inflammatory remarks. It may incite hatred and animosity towards Chinese businesses and rip the nation apart.”

The politician being referred to by the Chinese Tan Sri is Mahathir. The inflammatory remarks referred to are Mahathir‘s recent comments that “we [the country] have a problem with Malaysian Chinese” and “they [the Chinese] have become extremely rich in Malaysia and they own practically all the towns in Malaysia” and moreover that this wealth of the Chinese is something ”unhealthy”.

In an ironic twist, however, Beloved Tun is nowadays getting his loudest cheers from Dapsters despite the worry by the Chinese elite class that Mahathir‘s race-baiting is going to incite hatred and animosity towards rich and not-really-all-that-rich Chinese.

Compounding the toxic cocktail is Chinese youngsters going into BLM mode. Daily berating the majority ethnic as ”racist”, “bigots”, “ugly Malaysians”, “inhumane”, “cruel”, “Taliban” and “Nazis” is not endearing the Chinese minority to the Malay majority. 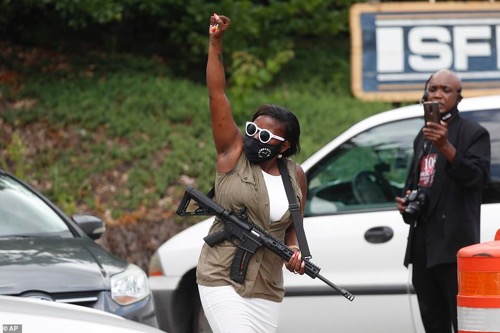 The protesters marched through their front gate, onto their property, and up to their house.

These people have every right to defend their property, and defend it by force if necessary.

If you want to defund police, then support their right to do this.#StLouis #McCloskey pic.twitter.com/rgQTt5527o

4 thoughts on “Do these people have any love at all for M’sia?”