Muhyiddin received Chinese visitors from Hua Zong yesterday who left with the impression that our PM will endorse the UEC.

Recognition of UEC was one of Harapan’s promises made in their manifesto. The 95-percent-voters want to collect from the current Malay government (which they did not vote for) an election promise made by DAP. Now that’s ‘C for Chutzpah’ !

BELOW: One Facebooker remarked of the group photo “semua pangkah DAP tu” — screencapture from the Prime Minister’s official FB 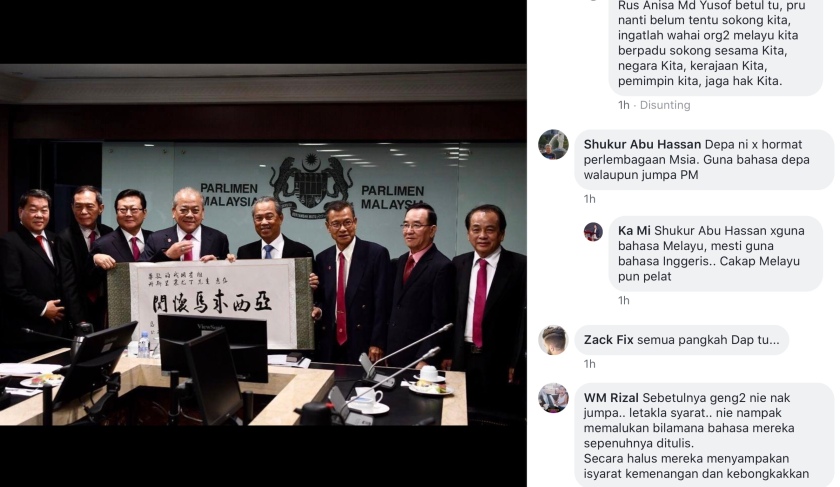 Education is one of the Chinese sticking points reviewed in a survey (see below) cited by Dominic Lau who is now Gerakan president.

The chart below was published in November 2013 by Malaysiakini.

Malays argue that Malaysia in the only country in the world permitting a foreign language as a national medium of instruction. Chinese argue that fairness means equality means equal rights and equal access to language learning.

5 thoughts on “Err, where is the UEC special taskforce report?”