I have my own skeptical take on this latest development of Harapan trying to reverse engineer the Sheraton Move with its Le Meridien Move but I’m not going to voice my innermost suspicions just yet. (The forever PM-in-waiting held his conference at noon in the Le Meridien Hotel.)

For the moment, I just want to remind the hopeful Cina DAP not to forget how many twists and turns the Sheraton shuffle took. Anwar‘s announcement today – ‘without evidence’ – of his purported new Harapan parliamentary majority holds unexpected twists and turns to come too, and I daresay a nasty shock for Cina DAP at its conclusion. 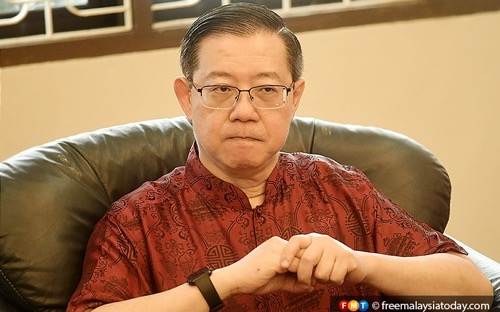 The Prime Minister just concluded his live address on TV. Muhyiddin read a prepared script touching on Covid-19 and plans for Malaysian economic recovery. He also announced the Prihatin financial aid and incentive packages prepared by his government.

At the end of his scheduled speech, the PM made a glancing reference to irresponsible (opposition) politicians who are destabilizing our country during a public heath crisis without commenting directly on Anwar’s attempted coup a few hours earlier.

Another thing to remember is that Anwar is a poor chess player. Also it looks like he does not have the temperament to remain clear headed and far sighted when pressured. The same goes for the churlish Guan Eng who shows absolutely no grace under fire.

Don’t forget that back in 2008, Anwar botched his attempted ‘September 16’ takeover of parliament when he similarly tried to entice the crossover of individual BN parliamentarians. It’s not as if this kind of thing is new to Anwar.

It is perhaps timely to recall that the miscalculation made by Anwar in Perak – enticing the frogging of Adun Bota – ultimately led to the end result of a collapsed Pakatan Rakyat state government, i.e. the Nizar administration being ousted.

What followed (in the subsequent general election of 2013) from the Anwar opening chess move on 25 Jan 2009 in Perak and the Pakatan counter moves there is the revised political template you see below.

Dapsters shouldn’t be rejoicing as yet

Chinese in particular should take note, despite that they‘re now clambering onto their illusory moral high ground of “rakyat’s mandate”.

An apropos quote is the line “You’ll regret this and you may regret this a lot sooner than you think“ uttered by top American senator Mitch McConnell. The Republican lawmaker said this when he was his party minority leader in the Senate; today McConnell is the majority leader.

Speaking from the floor of the Senate on 21 Nov 2013, McConnell additionally cautioned the Democrats that they would regret using the “nuclear option” in a confrontation, and later to mirror another one in 2018 over the nomination of Brett Kavanaugh to fill a Supreme Court justice vacancy.

Anwar has not yet revealed his exact numbers and the Who’s Who on his nuke list.

It is possible that the Harapan slate going forward will comprise more non-Malay/non Muslim MPs than Bumiputera. There is only one logical progression (negative outcome) for such a Cina DAP dream team scenario, and no amount of spurious ‘diversity’ propaganda by their evangelical party will make this reality disappear.

Snap election will have further consequences

Remember the infamous taunt “Elections have consequences” by Barack Obama? He was gloating shortly after his first inauguration, having won the 2008 presidency with his snake oil ‘Hope & Change’ promise.

Obama played on minority race grievances in the same way DAP ideologues do, and for that he received an estimated 95-98 percent of the black vote.

Democrats treated the religious right most scornfully — like how DAP treats PAS. The USA’s Democratic Party practised a Scorched Earth policy no different from Malaysia’s Democratic Action Party. And both these so-called ‘democratic’ parties are equally duplicitous and undemocratic.

BELOW: The scorched earth strategy by DAP is tantamount to burning bridges beyond repair 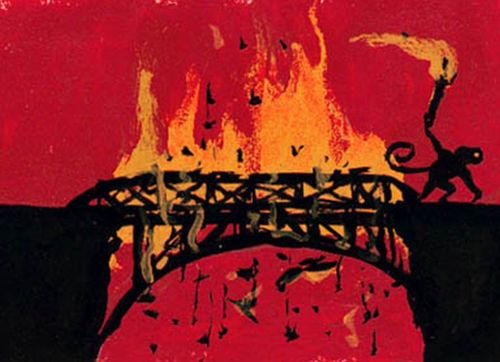 The face-off below between the two female American senators was caught on camera in late September 2018 at the time of the Brett Kavanaugh confirmation hearing.

From their postures, the Democrat senator Diane Feinstein on the left looks angry and threatening while the Republican senator Lisa Murkowski (wearing patterned blouse) has shut her eyes tight and seems to be silently praying, Oh please let the bullying stop.

Ultimately Murkowski became the only Republican among her party’s 52 senators who did not support the Kavanaugh nomination for a seat on the Supreme Court. Maybe she succumbed to the intimidation of the Democrat bullies, who knows.

But rest assured that among the Muafakat leadership, there are more McConnell‘s than Murkowski’s. 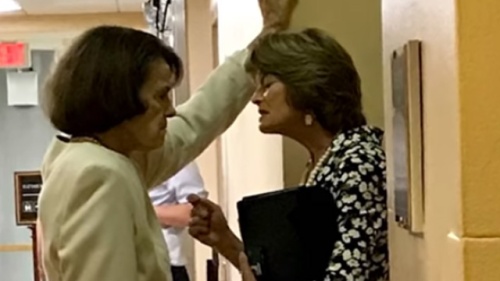 One thought on “You will regret going nuclear, Harapan”