In Sabah, bringing YBs safely home is like herding cats — not easy (see one-minute video below).

It is implied as much in the Malaysiakini report this morning headlined ‘Race for Sabah CM candidate as GRS risks coup with every passing moment’. Significantly, the losing side has yet to concede.

And history might repeat itself, warned Malaysiakini. Post election between 10th and 12th May 2018, Harapan-Plus engineered a series of defections that cost BN their majority and toppled Musa Aman’s two-day old Sabah administration.

Expect the opposition sneaky bastards to stop at nothing because with them, it is the ‘By Any Means Necessary’ political doctrine.

There are 73 Aduns in the newly constituted Sabah state assembly elected last night. Of these, ten are Chinese.

Only one Chinese YB designate, however, belongs to the winning GRS bloc in yesterday’s Sabah election. She is Flovia Ng from STAR (Jeffrey Kitingan’s party) who prevailed over a crowded field in the Tulid seat.

Umno – led in Sabah by Bung Moktar Radin – is the biggest single individual party among the coalition which includes Bersatu, PBS and STAR that together won 38 seats, thus giving them a working majority in the state.

Note: Under the Sabah constitution, its Yang DiPertua Negeri has the power to nominate and appoint up to a maximum of six more unelected Adun. 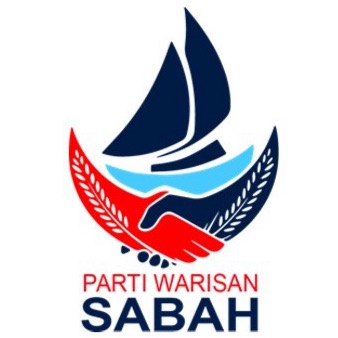 Warisan-Plus won 32 seats last night. Of the nine Chinese Aduns in Shafie Apdal’s coalition, the majority (Nos. 1-5) are from DAP, as below:

MCA stood in four seats and lost in all. SAPP, a local party aligned to Perikatan, put up two Chinese candidates. Both were defeated.

Same pattern of Chinese support across the country

According to current estimates, Chinese comprise 10.9 percent of the Malaysian citizen population in Sabah. Chinese Aduns, however, are going to make up 13.7 percent of the incoming Sabah DUN.

In Sabah as in the peninsula, the Chinese minority community punches above its weight electorally.

Malaysian politics has evolved into a ‘two-party system’ or more relevant to our circumstances, a two-coalition system. The Chinese electorate is overwhelmingly backing one coalition while still adamantly rejecting the other.

This extreme Race partisanship was already clear among Chinese voters more than a dozen years ago in the 2008 general election.

A newer and far more concerning aspect is the Religion partisanship which the DAP has successfully taken across the sea to Sabah and Sarawak. Read more HERE — ‘Why DAP is betting its future on Borneo: Answer — Christians’.

2 thoughts on “One Chinese Adun in Bung’s bloc, nine in Sabah opposition”