AirAsia Group chief executive Tony Fernandes said borders must be kept open as most Asean countries depend on tourism (and not to forget he also runs a budget airline that’s run out of money).

The Tan Sri CEO said: “At some point, countries have to take a little bit of risk to reopen as we cannot live in a cave for the rest of our lives,” according to a report today in the Bangkok Post.

“We have to live with this virus as we have with others before like the common cold or dengue,” Fernandes was quoted by the paper as saying.

Aviation: As Covid-19 bites, AirAsia group CEO Tony Fernandes says 'cannot live in a cave for the rest of our lives' – https://t.co/UUengEvTdK https://t.co/wXonhIjxax

Good time for businesses to have frenz in gomen

Not only has AirAsia run out of money, the low-cost carrier has run up a debt amounting to RM63.5 billion too.

But apparently our government was planning to help out the company. Blink and you’d have missed this most interesting story a few days ago. 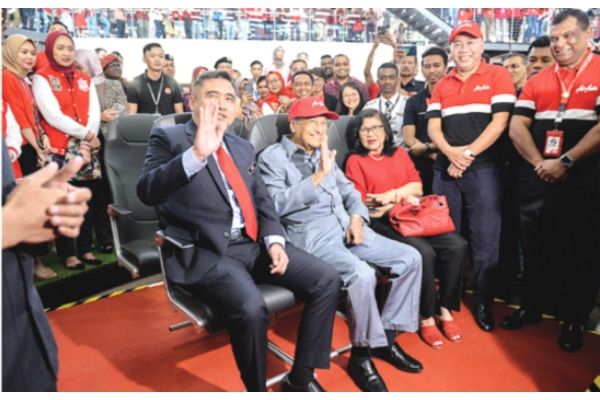 Other selected media published the story too.

The relevant Star article, however, has been removed from the paper’s website although a tweet on it from StarBiz is still online — see below.

Just as swiftly, the Ministry of Finance moved to quash the news. See above, ‘MoF denies approving govt financing or guarantee to AirAsia’ article in business newspaper The Edge on the same day.

An authorized MoF spokesman clarified that the government did not agree to guarantee 80 percent of the one billion ringgit loan being asked from a group of local banks. 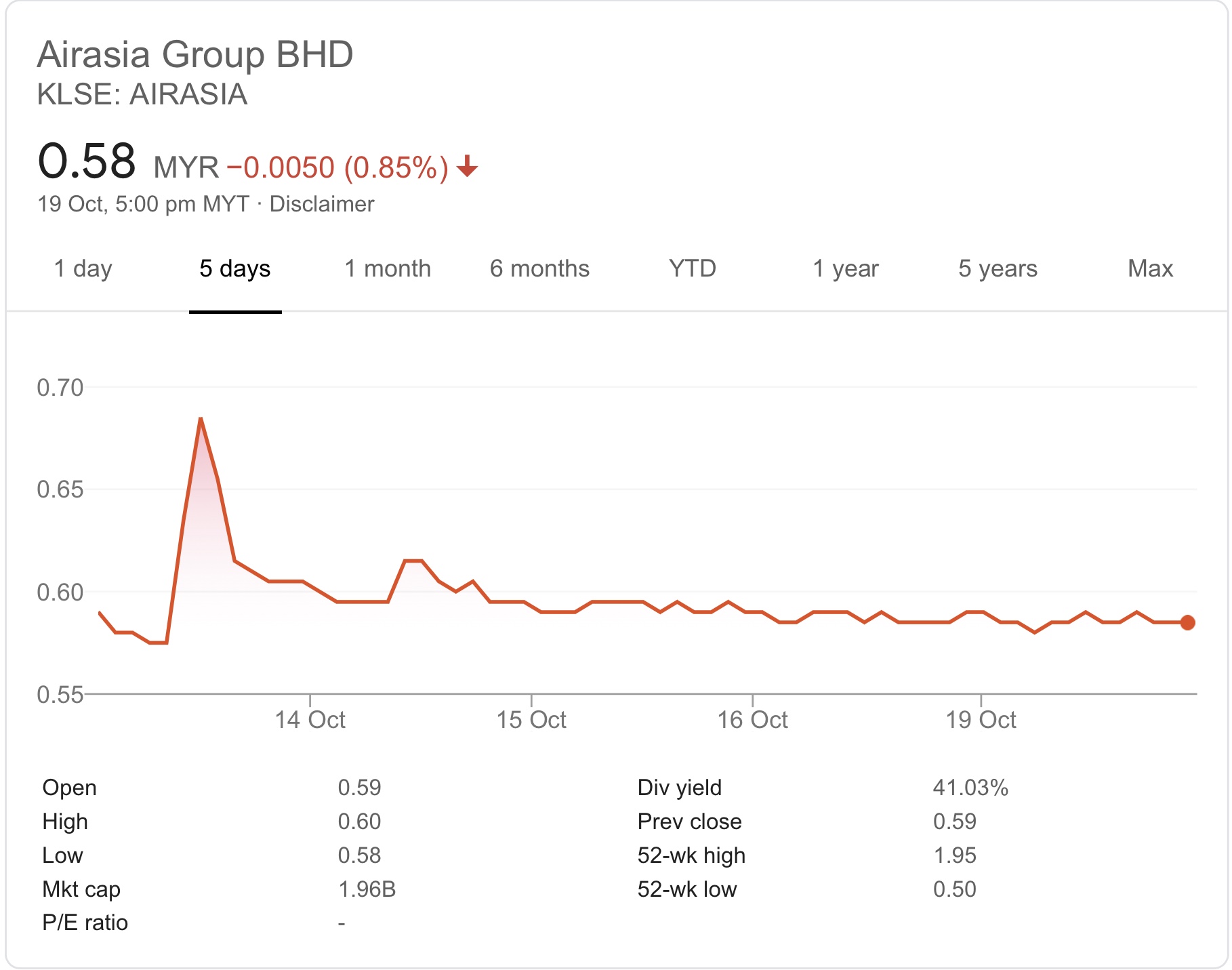 AirAsia’s share price in the KLSE rose briefly following the ‘good news’ on Oct 13 about the government guarantee but quickly dipped once MoF issued its denial (see graph above).

Five years ago, AirAsia traded at four ringgit-plus. It closed at 58 sen today.

The Star later featured an exclusive interview two days ago with Lim Kian Onn who is AirAsia X Bhd deputy chairman on what his company plans to do about restructuring their 63.5 billion ringgit debt.

Save Malaysia, no need to waste money saving AirAsia

ABOVE: Doubtless the DAP is prepared to work with anybody whom the evangelical party believes, err, really truly still wants to “Save Malaysia” … such as wannabe PM9 Mahathir who is eyeing the ‘interim prime minister 2020’ job

Meanwhile on the political front, the so-called New Normal signals its cyclic nature. It’s business as usual with regard to the powerful nexus between politics and corporations enjoying political patronage (a system which has Ubah very little).

The bottom-most tweet about Kit Siang is from 2016 but in this momentous year, I doubt that Najib or anyone from Umno wants to work with the Lim family – including Boboi’s missus, Betty – who are now facing a stack of corruption charges in court.

Kit : “ To Save Msia, I Am Prepared To Work With Najib L” https://t.co/CMiIsPKIUE

WOW!!! Lim Kit Siang willing to work with Najib to save Malaysia. pic.twitter.com/Oh9pF1Vsc2

2 thoughts on “Just live with coronavirus like we live with the common cold, says AirAsia CEO”