This year’s first-place finish by Donald Trump puts an end to a 12-year run by Barack Obama as the most admired man in the USA.

BELOW: Trump loves his country … unlike the New York Times which hates America 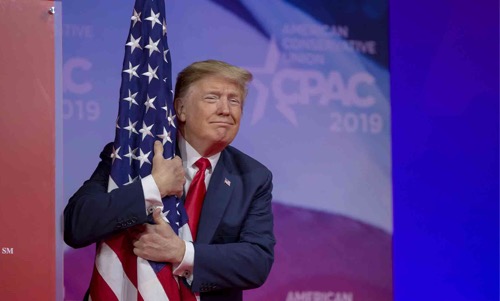 Trump is admired by a plurality of Americans notwithstanding the fake news and lies spewed 24/7 against him by legacy media.

And neither have censorship and misdirection by Twitter, Facebook, Google – the Big Tech info platforms suffering acute Trump Derangement Syndrome – succeeded in obscuring the president’s real and genuine achievements.

If Donald Trump is bold enough to seize the moment, he might well enter the annals of history in the ranks of presidential greats such as Abraham Lincoln who crushed the white supremacist (the Democratic party had spawned the Ku Klux Klan) and slave-owning Democrats in the American civil war.