Umno deputy president Mohamad Hasan has eyes to see for himself what happened to its BN ally MCA.

DAP has repeatedly rallied its voter base to annihilate the MCA, calling on them to give the BN Chinese components a “duck’s egg” in elections.

Heady with success over its weakening Chinese rivals, DAP then urged the party rabid supporters to make Penang a ‘zero opposition‘ state when GE14 next came around.

In DAP’s world, there is no room even for a single voice of dissent, what more any “diversity” of political thought. This is the nature of the DAP beast.

BELOW: And this is the fate of animals falling prey to the DAP super predator 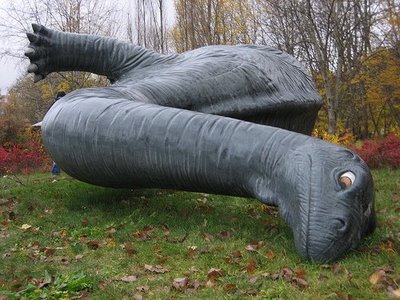 Now it is the turn of Ummo

When DAP rode on the coattails of T-Rex (that would be Mahathir), MCA was driven near to extinction — being left with only one parliament seat in the last general election.

Both parties are in direct competition for the same market, i.e. the Chinese electorate. Currently DAP seeks to supplant MCA, hinging on the old race formula.

But where ruthless DAP has a killer edge is in its utter and unmitigated malice. Yet DAP brazenly projects its own political toxicity upon the MCA.

The world and its neighbour’s cat know that it is Guan Eng (and not Ka Siong) who is vindictive and promoting vendettas.

Meanwhile Tok Mat Hasan, in his interview yesterday with FMT, said Umno is not out to kill snybody.

“It is you who wants to kill us,” he added — alluding to Umno’s do-or-die rival Bersatu fishing in the same Malay pool.