VVIPs at Joe Biden’s inauguration need to be shielded by bulletproof glass … which first need to be cleaned for the big day. 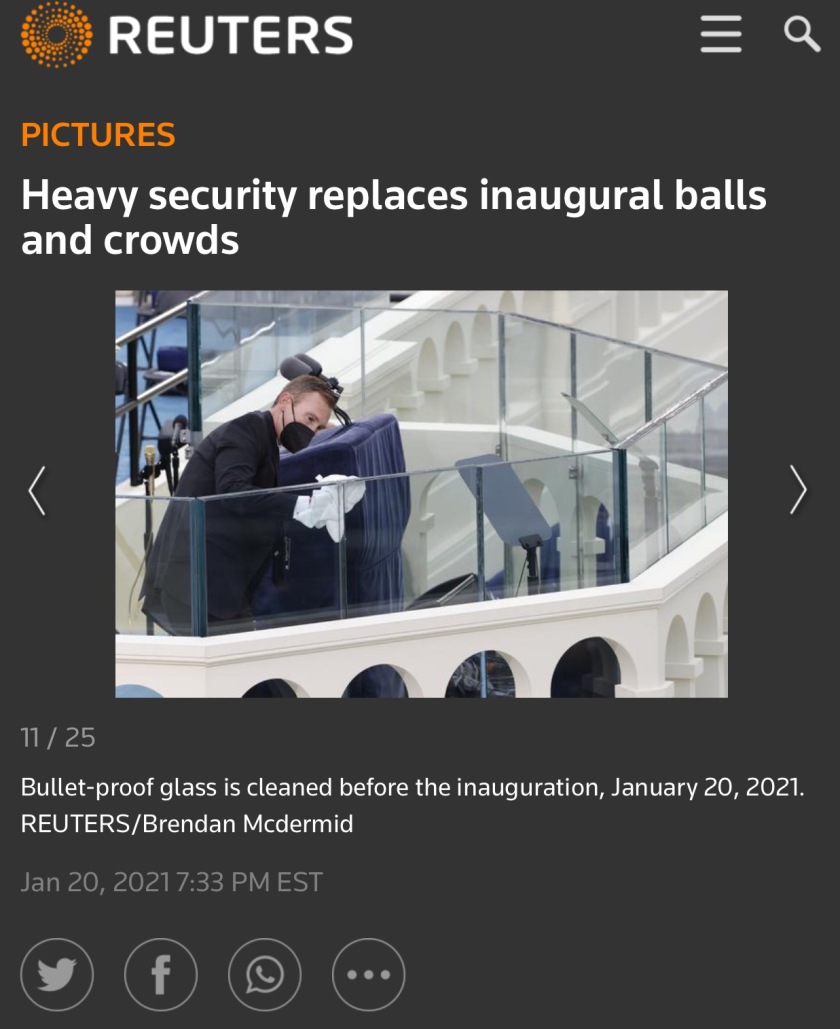 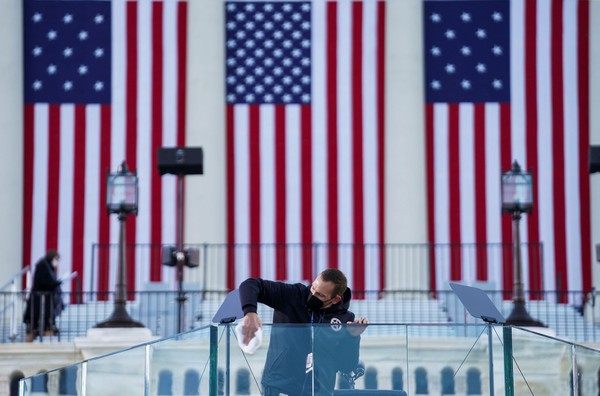 While bulletproof glass protecting the west front balcony of the Capitol is not a new feature for presidential security, the wearing of body armour by VIP guests is something unprecedented!

BELOW: Joe (and Jill Biden in powder blue suit) behind the bulletproof glass – left of the rostrum – preparing to take the oath of office 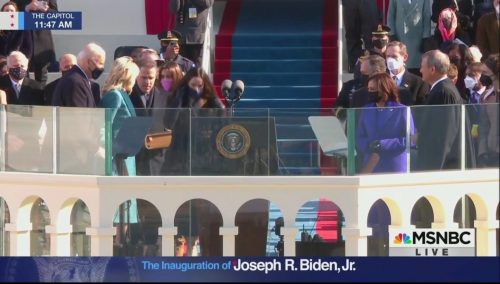 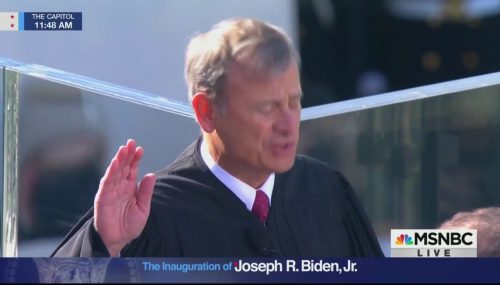 ABOVE: Chief Justice John Roberts administers the oath of office to POTUS-46; look at how thick is the bulletproof glass behind him 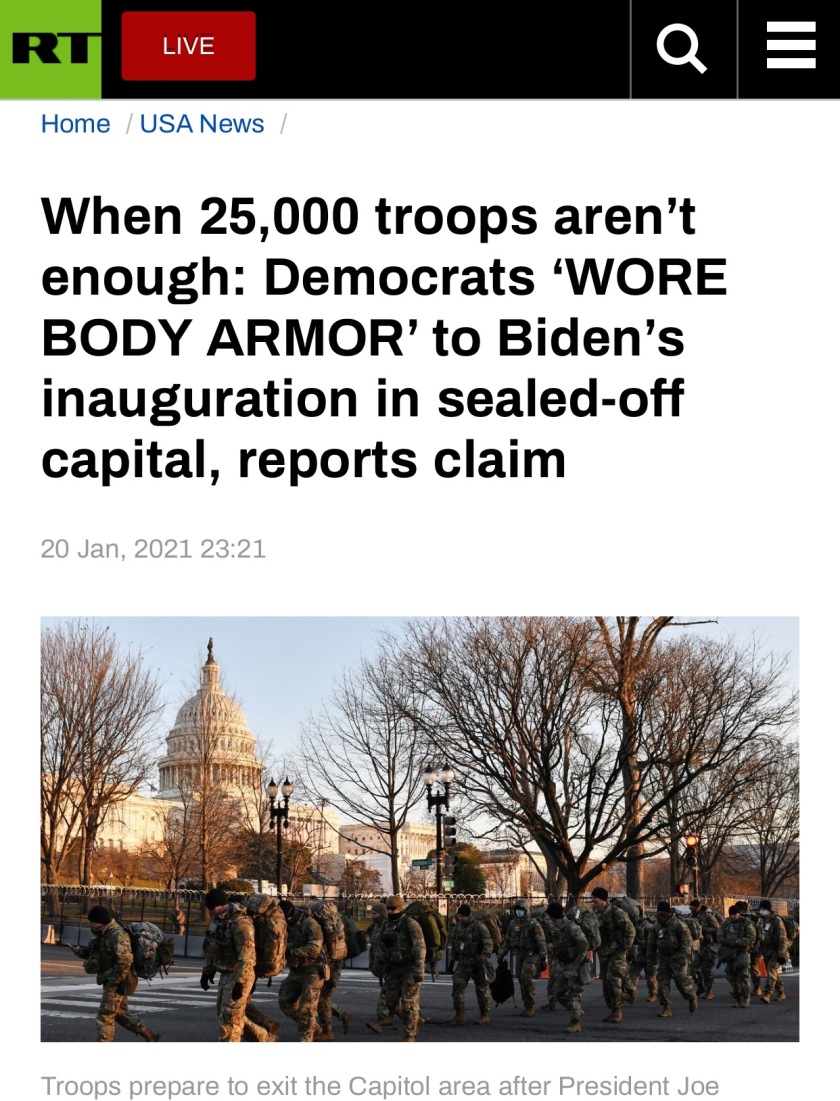 Despite the miles of barbed wire fencing Washington DC on top of the saturation of troops, police, FBI and Secret Service, Democratic lawmakers were still afraid of the Republican half of America.

In any case, ordinary Americans were not even allowed to set foot into the USA capital city for the sealed off inauguration. 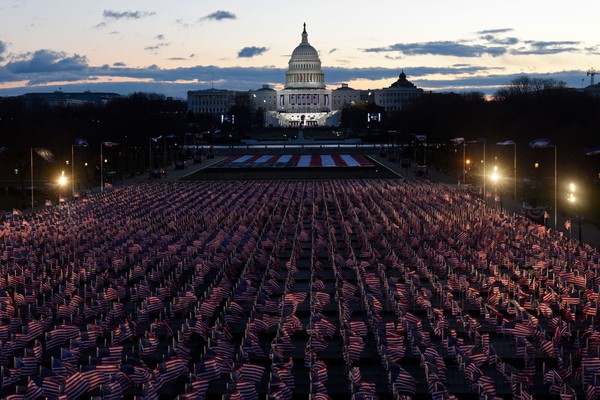 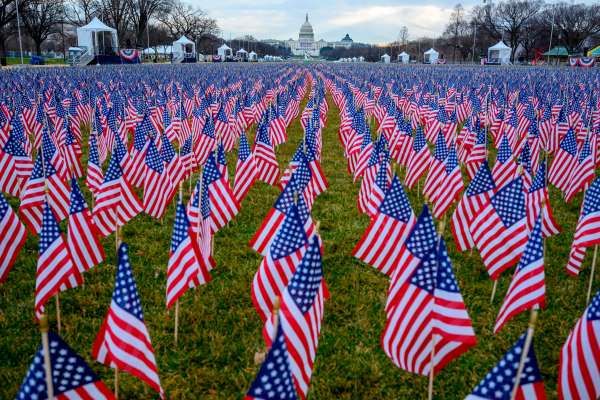 So instead of cheering crowds to fill the public square, Team Biden had 200,000 flags – see above – planted to stand in place of their missing rakyat … err, Biden’s supposed “80 million” voters.

ThIs new Democrat regime will be hard pressed to convince Americans that it is “a government of the people”.

In place of the usual crowd outside the Capitol Building, Joe Biden’s inaugural committee had planted almost 200,000 national and state flags https://t.co/pSUB77OZyz