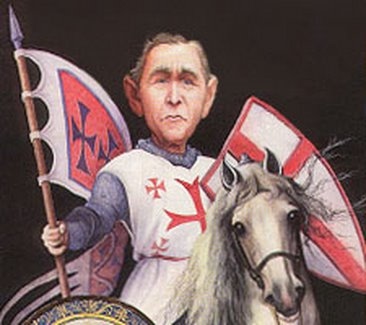 The USA began its Operation Enduring Freedom, i.e. invasion of Afghanistan, less than a month following 9/11.

On 7 Oct 2001, America began bombing Afghanistan back to the Stone Age — to eliminate the Taliban and Al-Qaeda, ostensibly.

In the first three months of Uncle Sam’s War on Terror, as many Afghani civilians were killed in the airstrikes as were American casualties in Osama’s Twin Towers attack — see Afghanistan death toll chart below.

Then in March 2003, the Bush Band of Brothers aka Crusaders extended their terror campaign to Iraq.

Fake News media – that would be CNN, MSN/NBC, The New York Times, Washington Post – had insisted to the world that Saddam Hussein possessed weapons of mass destruction.

The WMD allegation was a ‘baseless claim’. ‘Unfounded’. ‘Without evidence’. These Bush-Cheney-Obama-Biden friendly mainstream media were the same liars then as they are now.

Some Democrats and senators (and doubtless congressmen too) have already drawn parallels between 1/6 and 9/11.

After 9/11, the president sought to punish Muslim terrorists. After 1/6, they want to punish “domestic terrorists”.

Charles Manson took no physical part in the Tate-LaBianca murders, but went to prison for life. Bin Laden did not fly planes into buildings on 9/11, but was taken out. If Trump thinks he can spin away his involvement as a deadly domestic terrorist on 1/6/21, he is sadly mistaken. pic.twitter.com/PM99OLuP4w

Biden and his Patriot Act 2.0

Joe Biden is a warmonger.

At the time of Osama’s terrorist attack, Biden was the senator who chaired the Senate Foreign Relations Committee and gungho about retaliation.

Biden was proud to take credit for writing the Patriot Act — see below.

What are their histories in American military adventurism?

President Bush and his Vice President Dick Cheney launched the War on Terror.

President Obama and his Vice President Joe Biden not only continued the terror on Afghanistan and Iraq but further launched airstrikes or military raids in at least five more Muslim countries: Syria, Libya, Yemen, Somalia and Pakistan.

Unlike his predecessors, Donald Trump did not start any new wars. He also averted a potential war with North Korea.

What President Trump did was to pull some of the American occupying force out from Muslim countries.

Trump would have wanted them all out if he had his way. This (a belief in the wastefulness of war) has been his consistent stance since long before.

Trump planned to pull out 12,000 American troops too from Germany, a move opposed by the bipartisan (Democrat and Republican) war hawks in DC.

Last November, Trump was scheduled to order the withdrawal of remaining troops from Afghanistan and Iraq — see BBC report below.

The Washington swamp, needless to say, is opposed to such a plan.

You can tell a man from his enemies

The list of who are Trump’s enemies is revealing. These include powerful vested interests linked to the military industrial complex.

In an article headlined ‘Contractors reap $138bn from Iraq war’ (Financial Times, 19 March 2013), it was assessed that the USA had “spent $138 billion on private security, logistics and reconstruction contractors” in Iraq operations.

The biggest beneficiary – at $39.5 billion in federal contracts related to the Iraq war – was a company called KBR (Kellogg Brown and Root).

KBR was formerly a subsidiary of Halliburton, which was once run by Dick Cheney.

“Military contractors such as Halliburton and Blackwater are the brainchild of Vice President Dick Cheney and former Defense Secretary Donald Rumsfeld,” said The Seattle Times in its 14 Nov 2007 op-ed piece.

In 2001 before the War on Terror, Blackwater (a company of paid mercenaries) enjoyed federal defence contracts valued at $736,906.

By 2005 – two years after the war on Iraq commenced –  the value of Blackwater’s contract with the American military had ballooned to $352 million.

By the end of 2006, total value of all Blackwater contracts had reached one billion dollars. (Source: Mother Jones)

Since war is such an enormously profitable business, it becomes evident why the permanent political class – the Cheney dynasty, the Clintons and the Bushes – are so dead set against Trump and his anti-war impulses.

Another prominent Trump hater is retired general Stanley McChrystal. He was once the top US commander in Afghanistan and was instrumental as well in the war on Iraq.

Biden — a swamp creature to the bone

Compare Donald Trump who had absolutely no prior political experience holding public office before ascending to the presidency. You can read this phenomenon as his not being schooled in the Sneaky Bastard dark arts.

The Domestic Terrorism Prevention Act (DTPA) of 2021 was introduced in the House last week on 19 Jan 2021.

The DTPA bill is co-sponsored by, among others, Rep. Jerry Nadler (who suffers from acute TDS), Rep. Fred Upton (a Republican congressman who voted to impeach) and Sen. Dick Durbin (who supported the National Defense Authorization Act for Fiscal Year 2021 which Trump vetoed).

The Patriot Act of 2001 not only expanded the government’s surveillance powers but also allowed  terrorist suspects to be detained indefinitely in Guantánamo Bay without charge or trial, and tortured.

Self-destruction of the USA

The newly introduced Domestic Terrorism Prevention Act of 2021 is shifting the target to Americans living in the USA.

And who are these “domestic terrorists”?

Answer: Trump supporters who stormed the Capitol have been quickly labeled as such. Even the ones peacefully protesting in Washington DC that historic day have been similarly tarred.

Not only do the Democrats and Never Trumpers merely want to cancel comservative Republicans, not too many of them would object either should the most vocal Deplorables be thrown into Gitmo.

The 1/6 storming of the Capitol – which has been likened to 9/11 – may well enable a Patriot Act 2.0 since the Dems now control the trifecta of White House, Senate and the lower chamber.

Osama bin Laden looking at this current development might steeple his fingers and nod sagely: “Who needs jihadists to destroy the Great Satan when the USA is hellbent on punishing half of its own people?”

One thought on “Osama bin Laden getting sweet revenge”