It is predictable of the MCA to create its Tan Cheng Lock memorial website only in Chinese and English, sidelining bahasa Melayu.

Wee Ka Siong and his party apparatchiks conducted their Feb 27 launch event in Mandarin as well. The website honouring MCA founder Tan was unveiled in conjuction with the party’s 72nd anniversary.

But at least these MCA activities in Mandarin have a weak excuse that the party is for Chinese members only.

What excuse does the DAP have for its activities to be largely in Mandarin when the multiracial party so loudly proclaims itself Malaysian First? 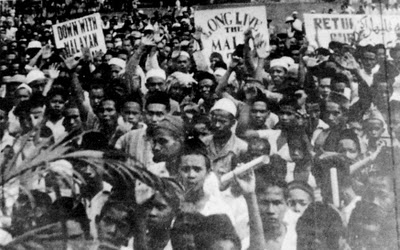 The outlook of Chinese in Malaysia today remains no different from their outlook held three-quarters of a century ago.

At a mass protest meeting on 5 Feb 1947 in the Malacca Club padang, the following individuals – see box – addressed a crowd of about four thousand. They were speaking on contentious constitutional matters in a time of transition from Malayan Union 1946 to Persekutuan Tanah Melayu 1948.

At the meeting, Tan Cheng Lock gave his speech in English. Goh Chee Yan spoke in Hokkien, Low Mien Sien spoke in Mandarin, Lim Kee Jin spoke in Cantonese, Arunasalam Chettiar spoke in Tamil and one person (name not provided in the report excerpted below) spoke in Malay.

In the nascent British Malaya, this kind of language Babel was the Chinese’s idea of ‘unity in diversity’. Fast forward to 2021 and the situation is not much changed.

Earlier in the 1930s, there was strong backlash from the Chinese when the British embarked on a ‘Malayanization’ policy that tried to elevate the Malay position.

The colonial administrator who introduced this pro-Malay policy was Cecil Clementi — Governor of the Straits Settlements and High Commissioner of the Federated Malay States from 1930 to 1934.

“The primary educational aim of Government must be to teach boys and girls whose parents are domiciled here, whether Malays or non-Malays, to live together in amity and to develop such affection for the land in which they live … if such a purpose is to be attained, a common language is essential; and this in Malaya can only be the Malay language.”

— Quoted from proceedings of the Legislative Council of the Straits Settlements, col. B161 (via source paper here)

Clementi, who had encouraged and expanded sekolah Melayu government schooling, believed that Chinese kids should be taught in BM so that through this common language, they can learn to live alongside the Malays and develop a love for the land.

But the Chinese were having none of it.

Some of the Straits Chinese who were British subjects supported English education while the rest of the Chinese would have liked their existing Sekolah Cina – which they established and paid for themselves – to be given some form of government subsidy.

For those Chinese living in the 1930s, enrolling their son in Sekolah Melayu to study literary Malay was a “sheer and cruel waste of precious time” and would be of no practical use to the boy in later life.

Their descendants after almost a century still think the same.

On 12 Feb 1934, Tan Cheng Lock responded to the Clementi initiative by saying that the Chinese cannot be made to adopt the Malay language as their own — see box below for excerpt of his speech.

And till today, the party which he founded – the MCA – has never wavered from Tan’s adamant stance. Neither has the DAP.

History has proven Tan Cheng Lock correct when he predicted – see box above – that any attempt to make the Chinese adopt Malayanization, i.e. “a homogenous amalgamation of the component races in whom the Malay characteristics will predominate” was a project that would surely fail.

Tan’s words when debating the topic of education policy at the Malacca legislative council meeting (in February 1934, as per speech above) were most prescient.

He said attempting to make the Chinese

“assimilate the so-called Malay civilization and culture” … “would be most energetically resisted by the non-Malays as something most obnoxious and baneful to their well-being and would be foredoomed to failure”.

Tan proceeded to say that by making English education free or provided at a nominal cost, the British government may “induce the China-born parents to send their children to the English instead of the Chinese schools” (see box below).

He further gave the confident guarantee:

“I can assure the Government that no Chinese, whether locally born or otherwise, will ever consent to send his children to the Malay vernacular school for their education, even if it can be obtained gratis under any circumstances.”

Again, quite quite true. In other words, ‘Give free osso dowan!’

The Chinese ethos has been consistent the last 100 years here in Malaysia. That is unless elections have consequences.

GE15 is the game changer. 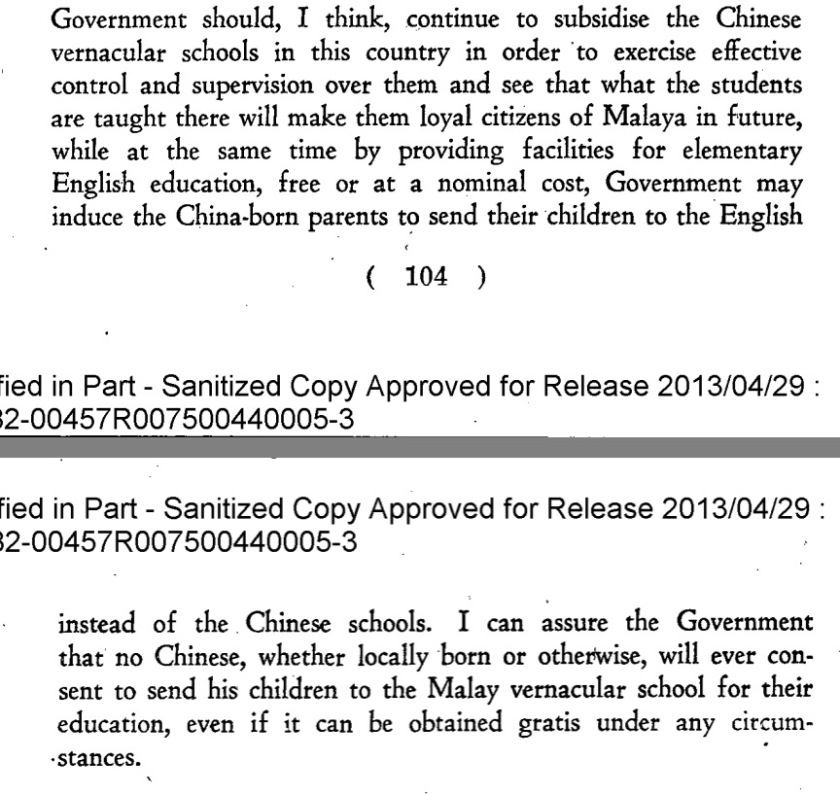 2 thoughts on “Chinese have rejected BM for 100 years”