The four suspects (below) were detained by Thai authorities last month for investigation into drug smuggling.

I blogged about this on Feb 22 saying they don’t look Malaysian to me although they’d claimed to be.

A latest news story about a two-kilogram ‘ice’ haul in Cox’s Bazar should set you thinking because yet another Rohingya boat is trying to reach Malaysia (story later in my next blog post). 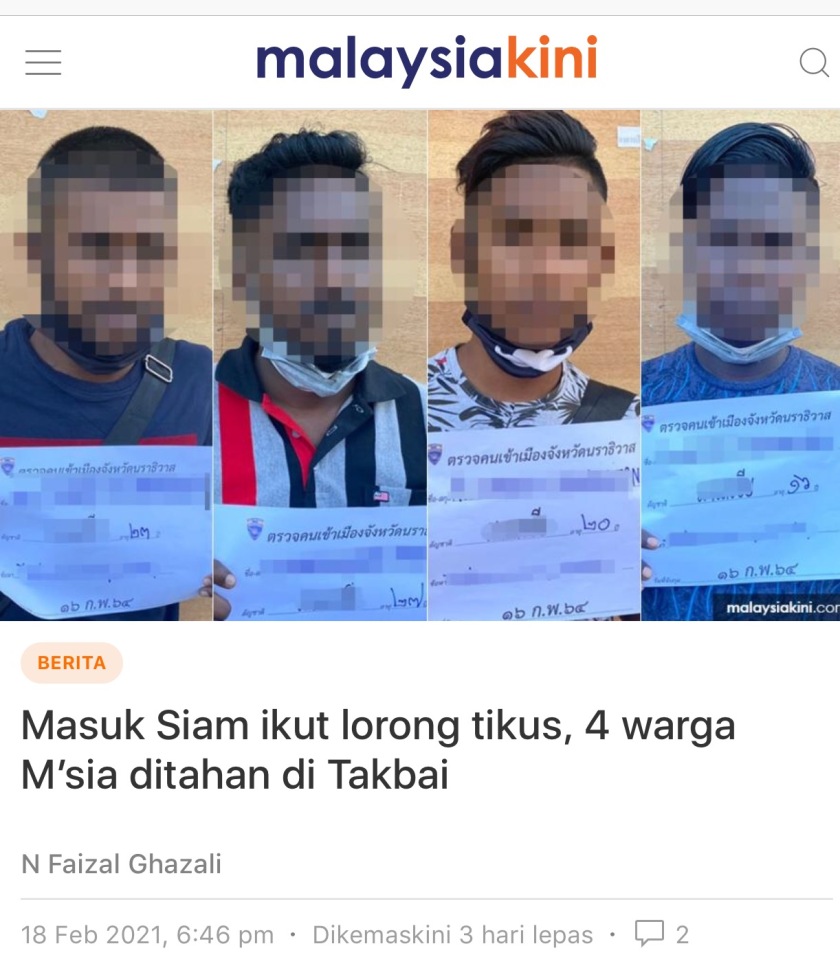 March 4 news report below copypasted in toto from Dhaka Tribune.

COX’S BAZAR — The Department of Narcotics Control or DNC in Cox’s Bazar has seized two kgs of a highly addictive stimulant drug called crystal methamphetamine — the highest amount in a single raid in the country [Bangladesh] till date.

One Abdullah was detained from Teknaf upazila’s [sub-district of Cox’s Bazar District in the Division of Chittagong] Hnila Union Parishad during the raid by a team of the DNC, its Inspector Zillur Rahman told reporters on Thursday [yesterday].

However, Abdullah’s brother Abdur Rahman, linked to the haul, managed to escape the detention, he said, adding, they carried out the raid on a tip-off that the drug item was smuggled from Myanmar.

“As we kept an eye on the matter, our team raided Abdullah’s home at the Jadimura area on Wednesday afternoon, recovering two kgs of crystal meth,” he continued.

Lab tests conducted after the seizure confirmed on Thursday morning that it was crystal meth, more commonly known as “ice” in Bangladesh.

The previous biggest haul weighing 600 grams of crystal was busted in Dhaka in November last year.