Chinese in Myanmar were told in 1982 that they did not qualify as full citizens, and the country’s disqualifying citizenship law still stands today.

The issue is not Mahathir but how to unite our diverse peoples as Malaysians to fulfil the Malaysian Dream as a world-class great nation https://t.co/JROLItEHjQ pic.twitter.com/MliHXtIhRh

It's not about Dr M but nation-building – Kit Siang https://t.co/St7hFQFXjS

The (ex) Finance Minister from DAP issued his 24 June 2018 press statement in one language only — bahasa Bangsa Malaysia as can be seen below. 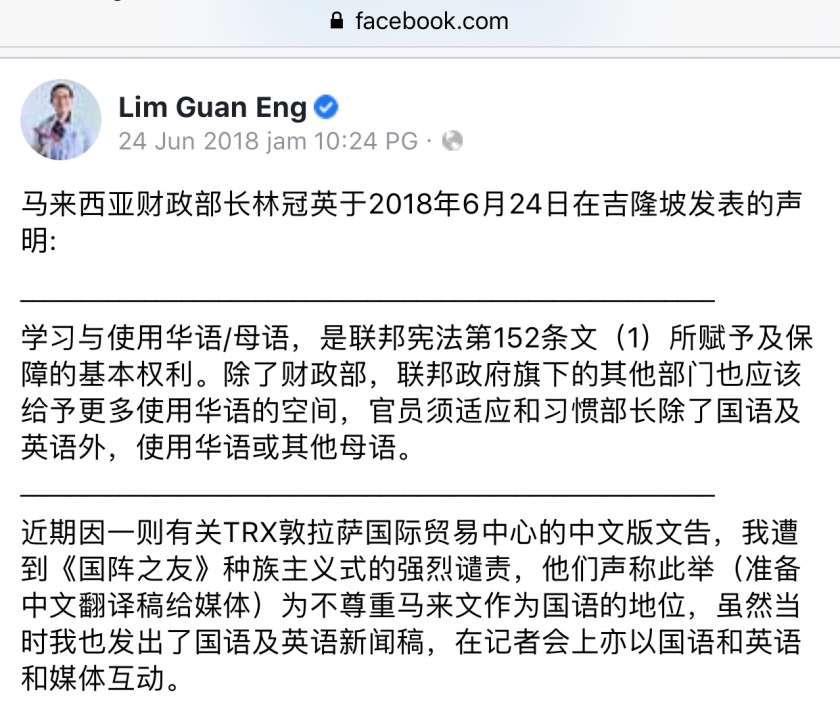