Sorry, my previous post seems to have lost all its paragraphing.

I’ve recopied and pasted the content here minus some of the url embed links which you can access from the no-paragraphing earlier version.

Instead of reproducing the screengrab of Steven Sim, I’ve inserted a cat picture plus one poster of Simba as bonus photo.

Remember when Guan Eng declared that forming Muafakat was tantamount to declaring war on non Malays?

Now the DAP sec-gen is saying that PAS’s election strategy is tantamount to “apartheid” on non Muslims!

Lim Guan Eng made that earlier incendiary remark in March 2019. Because of it, he had close to 60 police reports lodged against him.

Although Guan Eng is again escalating his fiery rhetoric against PAS, he is nonetheless giving Umno a temporary reprieve this time.

Instead, he is accusing Bersatu of being “bersalah” over PAS’s – as alleged by DAP – desakan untuk wujudkan persempadanan pilihanraya “apartheid kaum & agama (see @guanenglim tweet below).

PAS’s equal and opposite reaction to the DAP action

‘PAS tidak mahu DAP kembali berkuasa’ was the headline of a news report yesterday in Harakah.

PAS’s top leadership, its dewan ulama as well as ustaz-ustaz have in recent years voiced their concern about DAP evangelists. 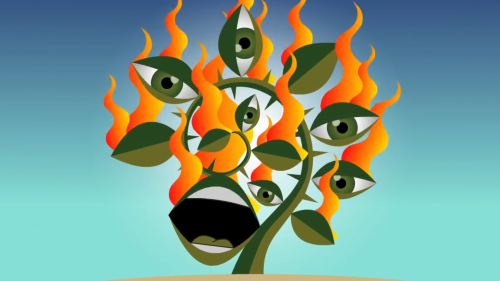 Last week, DAP sec-gen Lim Guan Eng issued that provocative statement against PAS in which he accused the Islamist party of pushing racism and religious extremism to dangerous levels as well as trying to engineer an “electoral apartheid“.

As per their sneaky S.O.P, the issue is deliberately misframed by the DAP.

The aforementioned Harakah article had cast doubt on the motive of publicity-seeking evangelist politicians. It did not pour scorn on merely any ordinary Christians who are helping Malays — the false framing construed by Guan Eng.

It is typical of DAP to misdirect to “non-Malays or non-Muslims” in general when Harakah had particularized only Steven Sim, DAP’s Penang MP.

Before this episode, PAS senior leaders had previously questioned whether Steven was pursuing a political Christianity agenda.

BELOW: Will the Bangsa Malaysia fat cats in DAP succeed in ousting Ronnie Liu?

According to Guan Eng, Dr Kamarul Zaman Yusof “maliciously labelled Sim as a Chinese Christian evangelist”. Why is the description in any way ‘malicious’, pray tell?

— Is Steven Sim a Chinese?

— Is Steven Sim a Christian?

— Is Steven Sim an evangelist?

How can an exercise to check box a politician’s leanings be construed as “pouring scorn” on the said individual and the groups (Chinese, Christian) to which he belongs?

Ustaz Khairuddin is the secretary of PAS’s Majlis Syura Ulamak. Like some others of his party’s ulama class, Khairuddin questions the role of evangelists in Malaysian political Christianity.