Princess Diana was a stunning clothes horse. The new statue in Kensington Palace does not do her any justice.

It was unveiled on July 1 by Princes William and Harry — the latter, surprisingly, even balder from accelerated male pattern hair loss (blame Meghan!) than his older brother.

BELOW: Balding brothers William on the left, Harry on the right 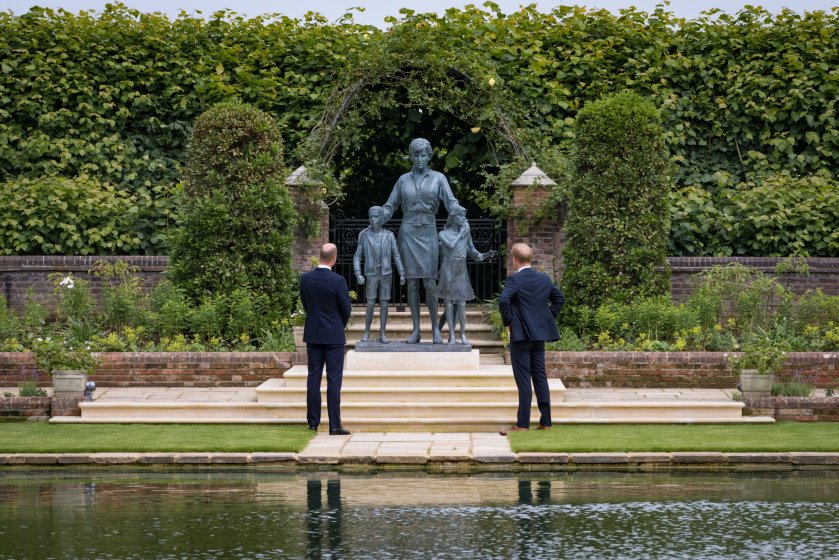 Princess Di was the most photographed woman in the world.

We’re all likely able to recall at least a picture of her — whether one in those fabulous ballgowns, at Ascot with its signature ladies’ hats or wearing the shoulder-padded outfits of her time or the classic li’l black dress.

Even her shining blonde cultural appropriation of the shalwar kameez was memorable (below).

Okay, so the sculptor commissioned by her sons chose not to depict the late princess as the fashion icon that she truly was.

But his statue blouse puts weight unflatteringly on Diana when her enduring public image is of a stylish, tall and pencil slim woman.

BELOW: The unappealing statue compared to real-life dress it was modelled on … see the difference? 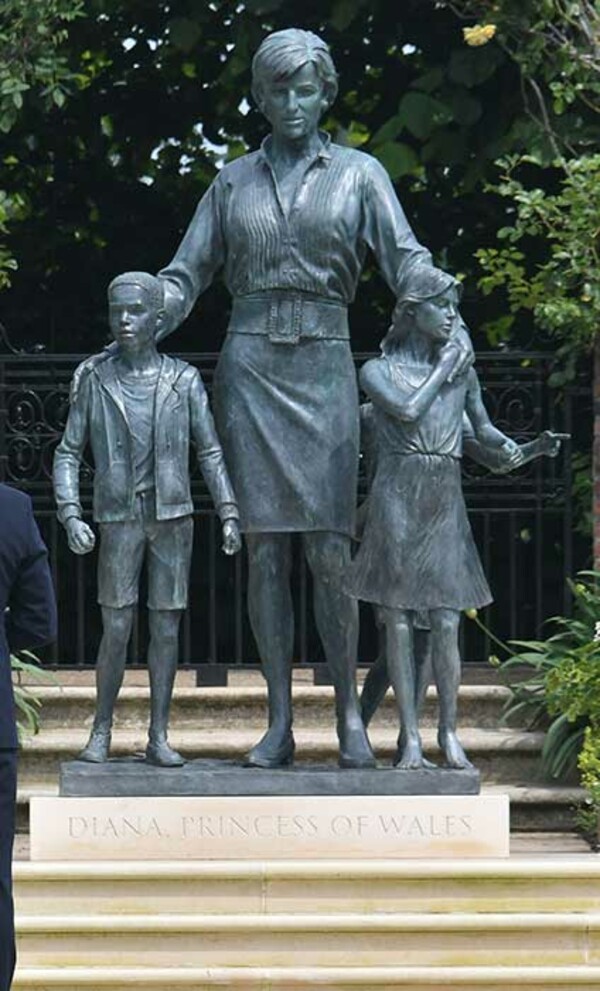 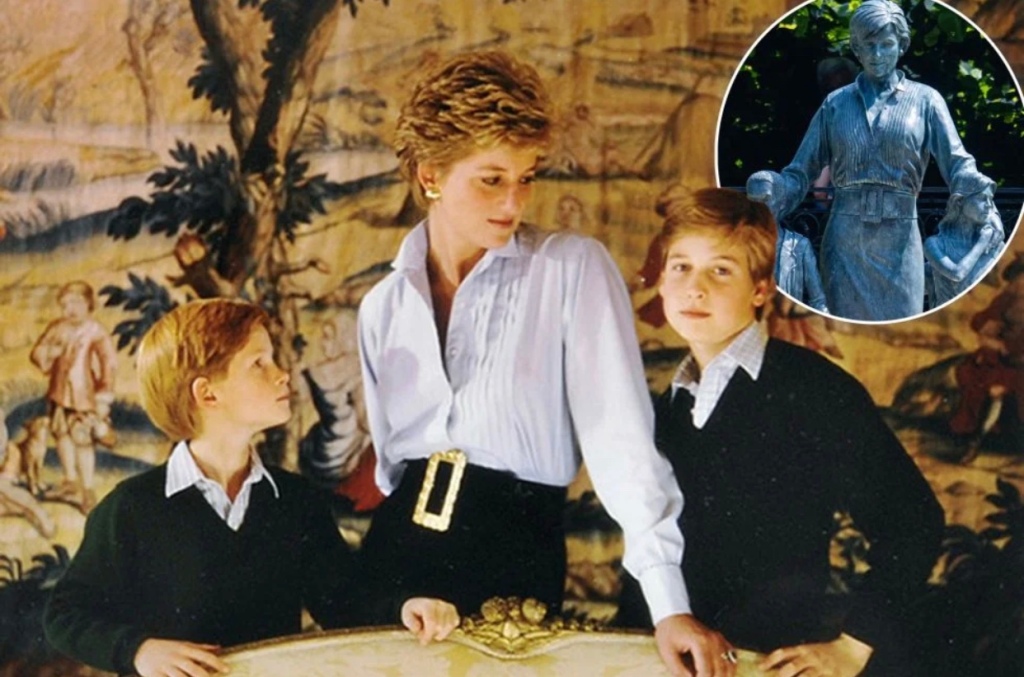 The dress Diana had on above in real life was elegant. The one on the Diana statue, unfortunately not.

With her own white sons, a casual Diana (below) looked like a charming young mother.

The Diana statue pose with its three Diversity children is a cringe. Here Diana appears like an anxious hen with wings cagily spread over a universal brood. 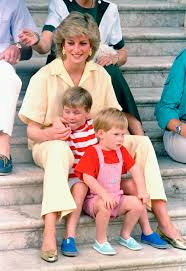 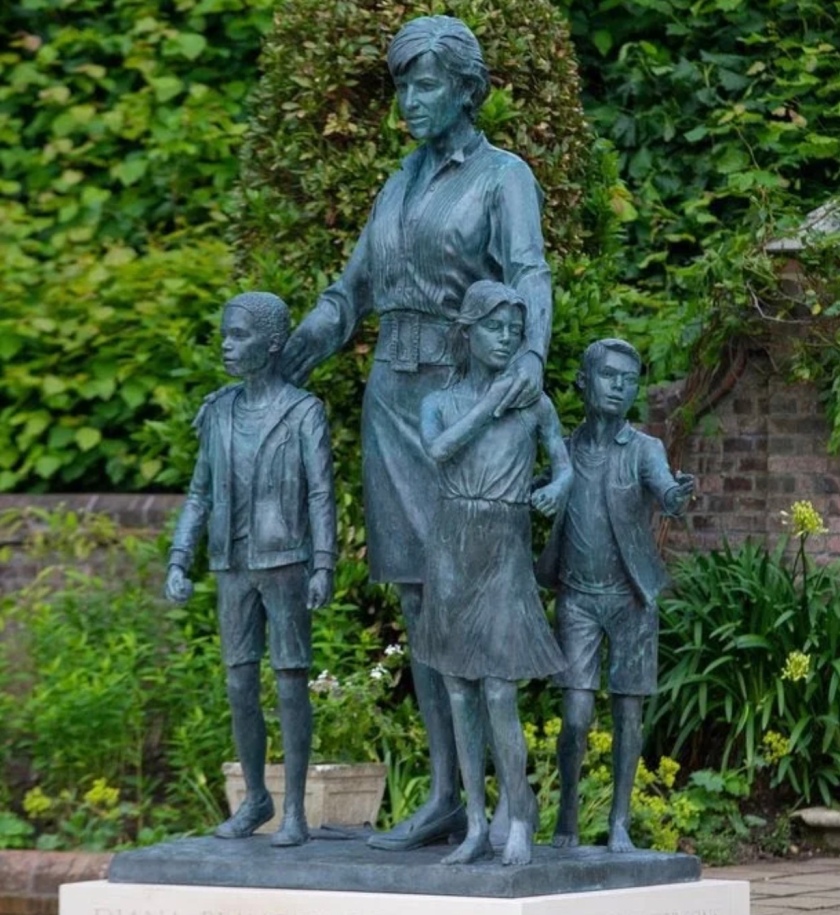 The statue boy in front of Diana is a black kid. The statue boy at the back of her looks East Asian with his slanted eyes and adult face.

But given how woke Harry is, the decision in itself to erect a statue seems out of whack. After all, his adopted tribe (the woke people of the world) are angrily toppling statues everywhere.

Nonetheless Harry can still make amends to the global wokerati by telling them that the statue girl is transgender.

When the clingy girl grows up, she will transition to becoming a male bodybuilder and compete against men in the sport. Wouldn’t that be something?!

4 thoughts on “Princess Diana SJW statue with its Diversity brood”