I voted against – ‘push’ / tolak – DAP because I object to the party’s politics of hate.

Now here’s how I see the future, briefly (because I want to go out to buy cat food and prefer not to spend too much time this afternoon writing). 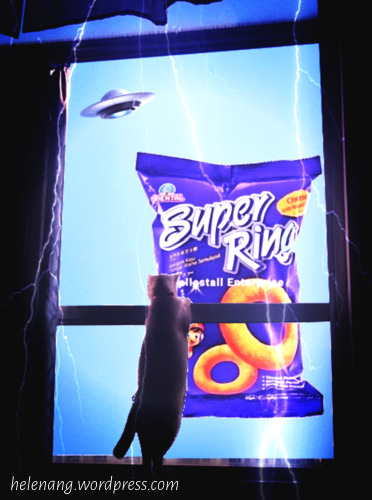 There are three contenders for power — (1) the incumbent Bersatu, (2) its Malay rival Umno and (3) the DAP which has the Nons in the palm of its grubby hands.

PAS and the Sarawak bloc are the kingmakers. They reject working with DAP.

It’s safe to say PAS is vehemently anti DAP. I put down the reason as being how both parties are competitors driving in the religious lane.

My advice: Wee Ka Siong resign from the Muhyiddin cabinet and the small handful of MCA deputy ministers too.

I hope Umno’s Tok Mat becomes the GE15 prime minister. He is a Malay leader who still believes in the BN.

BELOW: My cat Simba believes Malaysians are kind people

From what the public was made to understand during the past collapse of the Pakatan Rakyat state government in Perak, the voters’ mandate – most unfortunately – belongs to the individual representative, i.e. the Adun or the MP.

Hence Perak Menteri Besar Nizar was able to be ousted and replaced by BN’s Zambry. The mandate stayed with the defecting PKR-DAP Aduns or in other words, the seat did not ‘belong’ to their party but to the crossover elected reps themselves.

It remains to be seen whether Muhyiddin can collect enough frogs to retain Putrajaya, or enough backing through a Confidence & Supply agreement.

Before the pandemic, I had strongly favoured a snap election. The situation is a bit different at present, and whatever options for parliament will invariably be condemned by the DAP.

As a parallel example, if the government imposes lockdown, critics will say businesses are killed and people losing their jobs and livelihood.

OTOH, if the government does not impose lockdown, the same critics will say people are losing their lives because Covid is not kept under control.

It’s a no-win situation with these naysayers. The same with any potential election exercise. Therefore we’re facing a political stalemate, it would seem.

We just have to wait and see the developments as they unfold.

But I do know this one thing — DAP does not operate in good faith. The party keeps showing mala fide against the establishment. Ergo, the DAP can provide no solutions.

MCA is the alternative to DAP for Chinese voters. And it has little room left to manoeuvre except to hang on to Umno’s coattails.