“DAP expresses full support and solidarity with Syed Saddiq,” said party sec-gen Lim Guan Eng on Friday (July 23), “and will stand together” with the Muar MP against the government’s perverse court action.

Guan Eng also questioned the timing of the charges preferred against Saddiq — see below.

DAP expresses full support and solidarity with Syed Saddiq and will stand together against the dishonourable attempts by the PN government to pervert the people’s will and mandate given in the 2018 general elections for PH to rule.
(2/3)

Saddiq’s success in crowdfunding close to three quarters of a million ringgit in under 24 hours demonstrates “the support of Malaysians for justice, truth and a better Malaysia”, said Lim Kit Siang on Saturday (July 24).

Kit Siang also implied that Saddiq is a “victim of political prosecution” by the Muhyiddin administration — see below.

#kerajaangagal197 – Muhyiddin should give Ministerial Statement in Parliament next week to explain whether Syed Saddiq is victim of political prosecution and why he was charged in court seven months after the consent to prosecute had been given https://t.co/hVu0Jk0xMU pic.twitter.com/zx6WWIui4B

BELOW: Hong Pin pictured with Kit Siang in their constituency of Iskandar Puteri, Johor last weekend 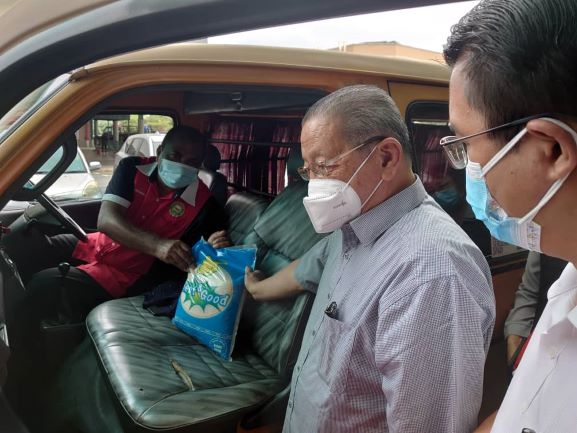 Another DAP Johor politician Yeo Bee Yin too chimed in, with the Bakri MP extolling her former cabinet colleague Saddiq as holding fast to his “ideals for a clean, democratic, progressive, and multiracial Malaysia”.

The DAP’s evangelical Christian reps like Steven Sim, Hannah Yeoh and the rest are standing firm beside their twenty-something (read: pipsqueak) bro.

Needless to say, the party apparatchiks and machinery are geared up to corral public support from their sheeple for Saddiq.

We’re reminded how adamant the 95 percent Chinese voters were at one time – not all that long ago – insisting that Atok sudah ubah, dah bertaubat dah, and their gullible belief that Mahathir would soon work to correct the “mistakes” and sins of his past.

A politician is a rat (politikus) and their behaviour is only to be expected.

The behaviour of Cina DAP who place their faith in, and pin their hopes on a politician however is very telling especially when Chinese in Malaysia are convinced that they’re this country’s smartest voters.