FACT: It is indeed the biggest non-Muslim party in the Dewan ever!

The 42nd DAP parliamentarian and its sole Muslim is YB Tengku Zulpuri. Behold the party’s huge nest of 41 non-Muslim lawmakers being as silent as church mice.

The Malaysian Consultative Council of Buddhism, Christianity, Hinduism, Sikhism and Taoism has come out vocally against PAS’s religion bill drafted for the Federal Territories — see below Astro Awani update on the breaking news.

Malay states, where the Sultan is head of Islam, have all got this anti-propagation law already. The remaining states headed by Yang DiPertua Negeri – Sabah, Sarawak and Penang – still do not, as yet.

(Not sure about Malacca … suggest the people there ask ‘secular’ party DAP for a clarification on their status.)

DAP has been feeding its 95 percent Chinese voter base the (mistaken) idea that Malaysia is a “secular country”.

DAP is also the political party with the most number of Christian MPs.

The Christian electorate have been told that Pastor Raymond Koh and Joshua Hilmy are victims of “enforced disappearance”.

Christians and Chinese had elected DAP to be their sole voice in the government. These voters happily annihilated its rivals such as MCA which won only one parliament seat in GE14. 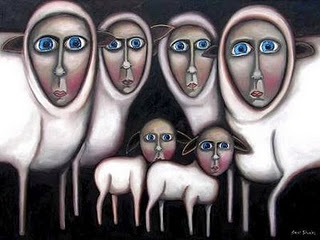 So much for the Dapster boast that PAS, with its mere 18 MPs, is no match for the bulging biceps of DAP’s 42 muscular MPs.

For all the ‘change’, ‘reform’ and New Politics promised to the flock and awaiting delivery by DAP, its hopeful sheeple might as well just have given their votes to the MCCBCHST.