“Since PAS decided to break away from the late PAS leader Nik Abdul Aziz Nik Mat’s politics of moderation, tolerance and respect for non-Muslims, the party had adopted a policy of hostility towards non-Muslims,” said Lim Guan Eng in a statement yesterday.

He further said that “PAS’s brand of extremism is highlighted by their support of the Taliban government in Afghanistan”.

What Guan Eng’s contending here is that back when DAP cooperated with PAS in Pakatan Rakyat – which was during the late Nik Aziz’s time – the Islamist party had been moderate, tolerant and respected the non Muslims.

Then suddenly PAS began to be extreme, intolerant and hostile against non Muslims, according to the DAP’s story now pinning the negative change solely on Nik Aziz’s demise.

Many Chinese staunchly believe Guan Eng’s narrative about PAS flipping from bad to good to bad … the Taliban-like nature of the party or alternatively its unTaliban status ultimately depending on the health of PAS’s relationship with DAP.

For the record, PAS is 70 years old having been established in 1951. 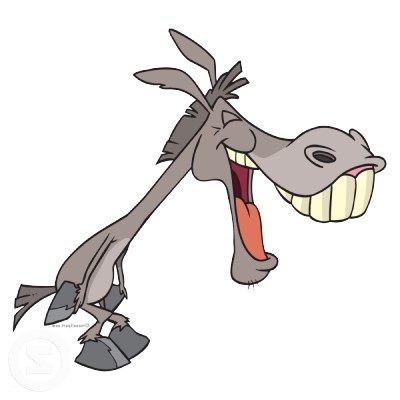 Meanwhile, the Chinese believe too that 95-year-old Mahathir was bad for many, many years but he ubah to good when he teamed up with the DAP, and just as suddenly turned bad again when he broke away from Harapan last year.

When Mahathir founded race-based Umno Baru, he was a bad man who was ultra, intolerant and hostile to the non Malays.

Nonetheless when Mahathir later founded race-based Bersatu, he was a good man because Bersatu was on the same team as DAP for GE14, and thus moderate, tolerant and respected the non Malays.

Then more recently, Mahathir founded the race-based Pejuang. Since his newest party is not yet in Harapan, Mahathir is considered – for the time being – immoderate and intolerant of multiculturalism. This could change, however, were Pejuang to partner DAP in future.

3. But in Malaysia the migrants, despite being citizens insist not only on being recognised as of different origins from the indigenous people but are physically separated through their economic functions and their political affiliations.

Mahathir explained Pejuang’s communal orientation by saying “Malaysians insist on retaining their identification with their countries of origin”.

”As long as we retain our identification with our countries of origin, politics and political parties in Malaysia will remain racial,” said Mahathir justifying the creation of Pejuang.

BELOW: Photo of Mahathir during his ‘good’ phase 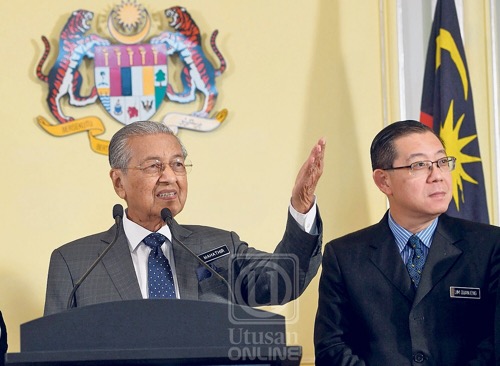 Identifying with their countries of origin

Writing in Chedet two days ago on Wednesday (Oct 6), Mahathir said naturalized immigrants usually adopted the language and culture of the countries where they had acquired their citizenship.

This, however, did not happen in Malaya / Malaysia although elsewhere the emigrants “get fully assimilated after one or two generations”.

Mahathir added that immigrants who adopted the language and culture of their citizenship countries similarly gave their complete loyalty to their adopted countries.

Implying that immigrants who refuse to adopt the language and culture of their citizenship countries are possibly holding back from giving their complete loyalty to their adopted countries.

BELOW: Mahathir has a last chance of cleansing himself (“Bersih”) and becoming good if he allies Pejuang with DAP for GE15 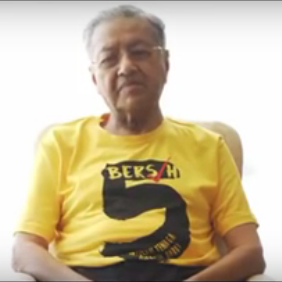 Mahathir is saying all these controversial things now because he has reverted to being a bad man.

When he was briefly a good man, i.e. during his short stint in Harapan, the Chinese (who have selective hearing) did not register Mahathir ever uttering anything about immigrants who remained unassimilable even after several generations staying here.

Mahathir had said that citizens from immigrant stock needed to adopt the language and culture of the Malays and be loyal to Malaysia.

He said this in his book The Malay Dilemma but back in 1970, Mahathir was a bad man.

At present, Mahathir has chosen again to reiterate his opinion about the immigrants who are unable to assimilate. So he’s clearly a bad man once more.

Only DAP can Save Malaysia and save Mahathir from the Dark Side.