Umno MP Azeez Rahim recounted a light-hearted anecdote in parliament yesterday about speaking Tamil to an elephant as he fed it sugarcane.

The elephant had been caught in his Baling constituency in Kedah and was waiting to be transported to Terengganu for rehab. 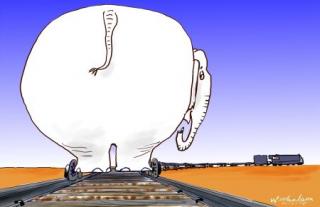 RSN Rayer began shouting furiously in the Dewan that Azeez was insulting the Tamil language — video below.

But Rayer would not desist, prompting the Speaker to rebuke him saying, “Yang Berhormat ini macam kilang marah … you can manufacture anger”.

Rayer is typical of his angry party colleagues in manufacturing public outrage.

If YB Jelutong is a “rage factory”, then DAP as a whole is an industrial anger zone. And Dapsters always seem to be apoplectic about something or other.

Speaking to animals in whatever language is perfectly innocuous.

There was once when I was browsing in a shop selling sari and salwar kameez. A cat was inside which belonged to the Indian shopkeepers.

I called out to it in Tamil “இங்கே வா” meaning ‘Come here’ and to my mild surprise, the cat approached me to be petted.

Animals do understand language or are at least able conceptualise the vocalization of their owner, carer or handler.

DAP, however, has little empathy and no compassion for four-legged creatures. 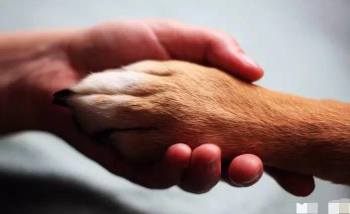 In late 2015, the DAP-controlled Penang massacred a total of 2,224 street dogs on the excuse of preempting the spread of rabies.

Apparently the Penang state government did not believe in vaccinating the dogs.

It’s no surprise that their type of perpetually rage-filled leaders would behave in such a callous way. No other state in Malaysia has ever treated strays so brutishly as Penang.

BELOW: International infamy … An Italy-based food and travel writer tweeted that the Penang government “prefers to kill” dogs

@travelfish Thanks. It's all about the Chief Minister's humungous ego, as usual.