Oh goody! I’ve just stumbled across a bona fide Bangsa Malaysian whom I can hold up as an exemplar of virtue signalling.

Drumroll … ladies and gentlemen, I present to you Mr Nathaniel Tan.

Nat Tan views vigilantes who are at Marina Mahathir’s throat as something like circling sharks that have smelled blood.

For such quickness in raising his harpoon in defence of Marina, Nat gets the Speedy Gonzalez prize as a companion trophy to 2022’s Virtue Signaler of the Year award.

Daddy can do no wrong

Mahathir’s daughter had torn at her breast in outrage and embarrassment at the “shoot on sight” order – see below – which she attributed to the then Home Minister Ghazali Shafie.

Only it was her own Daddy Dearest who had made the threat.

By the way, another thing Nat has in common with Marina is their megaphone in The Star .

Nat merely regards Marina’s “mistake” – writing in her recent book as well as latest newspaper column that Ghazali was the culprit – to be “such a small matter”.

After all, Marina has already ‘apologised’ – Whoopi style – for her misattribution of the infamous quote. Hence Nat feels that this “sincere” (not!) apology is enough and adequate, and the public should move on. 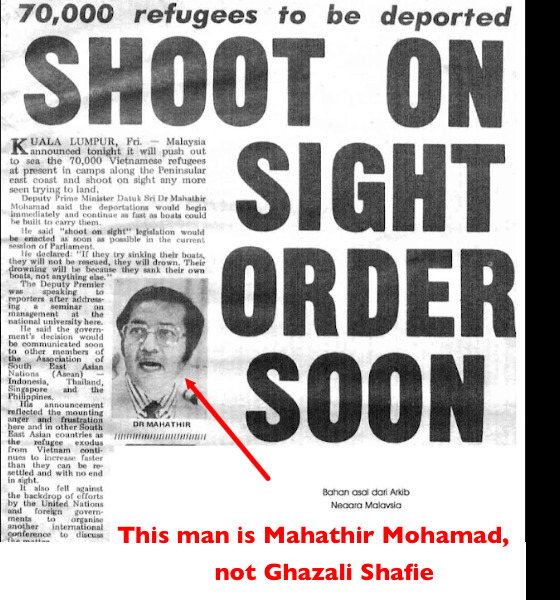 ABOVE: The 70,000 refugees to be pushed back to sea were ethnic Chinese boat people who had fled Vietnam

Why is Nat Tan a deserving ’virtue signaller’?

Because he is so accomplished at pearl clutching.

Nat is “alarmed”. He is “appalled” by the present behaviour of the people on HIS SIDE of the political divide.

The moral guardians now having their knives out for Marina baying for her (two spoonfuls of mamak) blood and “pound of flesh” fail to realise that the Mahathir clan are our “fellow human being[s]”, cries Nat in anguish.

Is our self-righteous anger more important than working together for things we all believe in?

Are we projecting hate for a parent onto their child?https://t.co/S0J1UwDAtH

What else is Nat trying to tell M’sia?

That he is Marina’s friend.

Everybody who is anybody in our World of Woke local chapter must needs rub shoulders with First Daughter Marina.

Unlike the Malaysiakinians hating on her who “probably have not spent much time with Marina”, old buddies like Nat have actually flown in her shiny orbit.

Nat assures his fellow Malaysians that Marina “does not act like a Mahathir fanboy, going around trying to convince everyone that he is the best ever or anything”. Nat has also got a bridge in Country Heights to sell you.

Note: Nat claims that Marina does not go around as if her dad is the bestest. Nat is being disingenuous here.

Mahathir left Umno in a huff in 2008 when Badawi was party president, returned, then quit again in 2016 when Najib was Umno president. Mahathir also quit Bersatu, and don’t forget he founded Umno Baru in 1988 and Pejuang in 2020. Marina certainly did give any impression that she ever thought PM5, PM6, PM8 and PM9 could even begin to fill Daddy’s shoes. 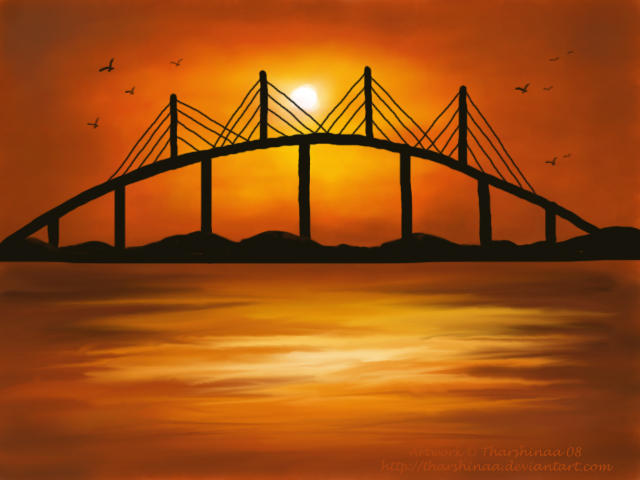 Nat informs us that he and Marina are comrades in arms fighting for many good causes.

We get that he and Marina are both card-carrying members of “civil society” … unlike, say, the deplorable PAS people and Umno folks. 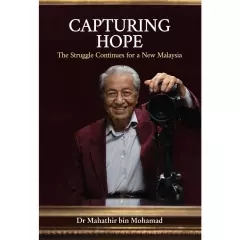 Nat furthermore thinks it is most unfortunate that Marina has now found herself in the line of fire after so long being feted as a fearless social justice warrior.

Critics are regarded as “haters” when their target is Marina. I wonder if Nat and his friends would similarly consider them haters if the target were to have been Nooryana Najwa?

Whatever. But he and Marina were certainly part and parcel of the Malaysiakini milieu that has turned on them post Sheraton.

The anti-racism, anti-bigotry cadres once belonged to the same circle as Marina and Nat.

Too bad that in this particular instance, the cancel culture revolutionaries may have gotten “a little too trigger happy”.

Suddenly stray bullets are ricocheting in the echo chamber which Nat and Marina together occupy.

Nat believes that instead of being aimed at poor Marina, the hail of bullets are better rained righteously on our “real enemies” — the MACC, Azam Baki, corrupt elite (presumably Marina’s family is excluded), incompetent ministers, anti-Timah religious establishment, and abusers of migrants and refugees.

But of course. Virtue signals must necessarily be semaphored to Malaysians who abuse migrants and refugees whether physically or verbally.

Malaysians who say unkind things about the Rohingya are equally beyond the pale.

In Nathaniel Tan, I see a model virtue signaller — if you wanna learn how to spot one.