Looking forward to working with Parag & Twitter board to make significant improvements to Twitter in coming months!

And as the richest man in the world, he can use his money to do something about the hypocrites.

“The holier-than-thou hypocrisy of big media companies who lay claim to the truth, but publish only enough to sugarcoat the lie, is why the public no longer respects them.” —Elon Musk

The holier-than-thou hypocrisy of big media companies who lay claim to the truth, but publish only enough to sugarc… twitter.com/i/web/status/9… 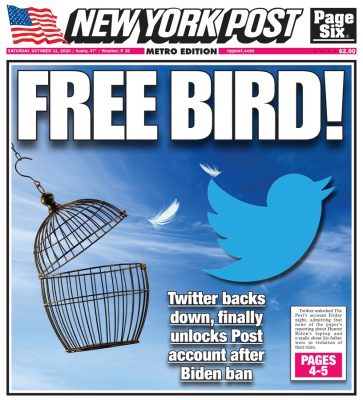 “Elon Musk took a 9.2% stake in Twitter Inc. to become the platform’s biggest shareholder, a week after hinting he might shake up the social media industry,” reported Bloomberg yesterday.

Bloomberg further quoted an analyst as speculating that Musk “will increase his stake in Twitter or take a controlling interest in the company sometime soon”.

The Tesla multi-billionaire’s newly acquired Twitter shares are worth about US$2.89 billion making him the biggest ‘passive’ shareholder.

Last week Musk had polled his 80 million followers on Twitter. More than 70 percent of respondents to his survey replied they did not believe that Twitter adheres to the principle of free speech — see below.

Free speech is essential to a functioning democracy.

Do you believe Twitter rigorously adheres to this principle?

Elon Musk thinks that Twitter sucks (below), and he is right.

Musk is correct be concerned about the “de facto bias in ‘the Twitter algorithm’.”

Twitter’s bias tilts against conservatives while strongly favouring the woke.

I’ve just had it with sanctimonious journalists who appoint themselves protectors of the public interest & yet believe that same public is too stupid & immoral to assess their credibility. It’s amazing that you don’t understand how insufferably hypocritical that is. Wow.

Previously Musk had complained (above) that he has had it “with sanctimonious journalists who appoint themselves protectors of the public interest & yet believe that same public is too stupid & immoral to assess their credibility”.

Again Musk is spot on. American legacy media which have lost their last shreds of credibility are CNN, The New York Times, Washington Post and MSNBC.

Opinion | Both the New York Times and Washington Post had to get down in the dirt and admit Hunter Biden is a train wreck. And that's putting it as nicely as allowed in a family newspaper. https://t.co/a5Lrf9Hf78

The Boston Herald in an editorial two days ago said “The Times and Post should be ashamed”. Indeed.

The reader comments in WaPo are even more unhinged than subscriber comments in Malaysiakini, so that should tell you something about American liberal media, Democrat voters and the abusive cult nurtured by Left Coast partisan papers and the Obiden party.

Props to Elon Musk for calling out “how insufferably hypocritical” are the legacy media.

Musk’s distaste for the holier-than-thou hypocrites is connected with his decision to buy a substantial stake in Twitter.

Opinion: How Dem officials, the media and Big Tech worked in concert to bury the Hunter Biden story https://t.co/gcmz2v4JQE pic.twitter.com/Tv44pQyGrl

Breaking the blockade around town square

Now readers of The New York Times and other major papers have just been re-re-re-reminded that the likes of NYT and WaPo are nothing more than “Democratic Party cheerleaders”, wrote New York Post columnist Kyle Smith on March 18.

The choking of public discourse has the effect of creating unhealthy echo chambers, e.g. WaPo and on our own homeground, Malaysiakini.

America’s beltway media are only able to get away with their gaslighting thanks to the collusion of Twitter and Facebook — see New York Post headline above ‘How Dem officials, the media and Big Tech worked in concert to bury the Hunter Biden story’.

The most egregious example of this unholy alliance is how Twitter throttled the expose on Hunter’s ‘Laptop From Hell’.

“Wonders never cease. First the New York Times. Then CNN. Now the Washington Post has caught up with the Hunter Biden laptop story — only 18 months after the New York Post broke the scandal, and too late for the 2020 election,” wrote Miranda Levine a few days ago on March 30.

Levine, the New York Post reporter responsible for the expose, added: “But now, after our story was censored by Big Tech and dismissed as ‘Russian disinformation’ by Democratic prevaricator Adam Schiff, and 51 former spooks led by former CIA Director John Brennan, apparently it’s safe to admit the laptop is real and the emails we published can be easily authenticated”. 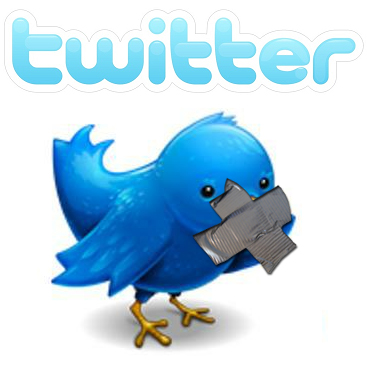 Twitter actually did worse than merely censor the Hunter laptop story. Jack Dorsey had suspended the Twitter accounts of the New York Post (the oldest extant newspaper in the USA) as well as of other public figures such as then White House spokesman Kayleigh McEnany.

Not content with suspending the accounts of the New York Post and assorted influencers tweeting out the laptop story, Twitter also took to blocking urls that linked to or mentioned the scandal.

Twitter did this in the last stretch of the close presidential race between Hunter’s father Joe and Donald Trump — a clear case of running interference in the electoral campaign.

Fans of Elon Musk are hoping that through his Twitter buy in, the maverick mogul can be a cat among the pigeons. 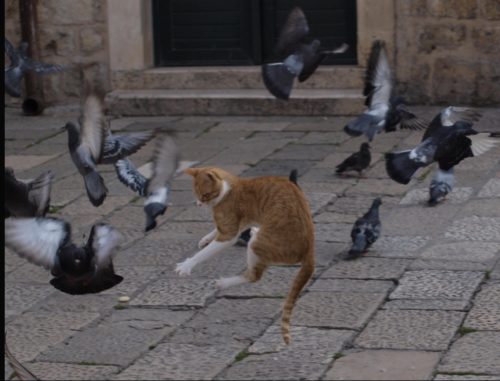 4 thoughts on “Update: Elon Musk on Twitter board of directors”