Maszlee Malik just got an earful in Chinese from one angry-looking dude (below).

This fuming fella also wants to know what the DAP’s total of 42 MPs have to say about the Satu Sekolah Untuk Semua suggestion which Maszlee is carefully deliberating. See Tan Teik Cheng’s Facebook entry below. 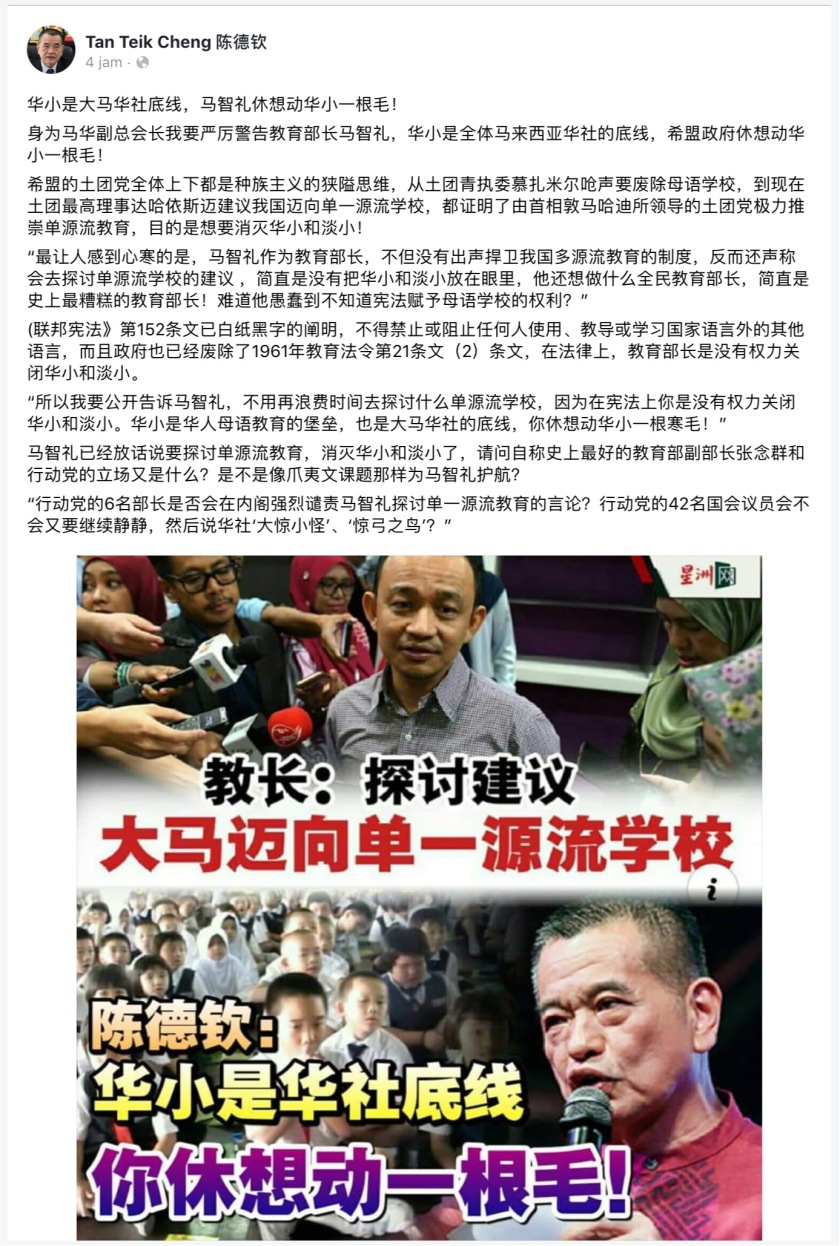 However unlike Tan Teik Cheng (the angry dude) who is a vice president of the Malaysian CHINESE Association (MCA), Guan Eng on the other hand is the “Saya bukan orang Cina” Finance Minister.

You can read the report of Guan Eng’s indignant Chinese media statement issued today on the proposed single-stream education system in Malaysiakini’s 中文section.

Should we now expect the rest of the 41 DAP reps – with the exceptions of Tengku Zulpuri Shah, Noorita binti Sual and Mordi anak Bimol – to be also issuing their responses in Chinese and Tamil, following Guan Eng’s leadership by example?

One thought on “Back to school, SJK(C), for Maszlee?”