And thus the USA was born on the Fourth of July.

I’m mentioning the famous 1776 American document just as a matter of interest on how newer countries establish or founded themselves.

Jewish state for the Jews

The state of Israel made her Proclamation of Independence on 14 May 1948.

In the document that is called the Declaration of the Establishment of the State of Israel, the phrase “Jewish State” is mentioned five times. Israel sees herself as Jewish.

Hence Israel is a state of the Jews, for the Jews.

One can become a Jew by marriage as did Elizabeth Taylor and Marilyn Monroe.

The dominant group in Israel are the Ashkenazi Jews. 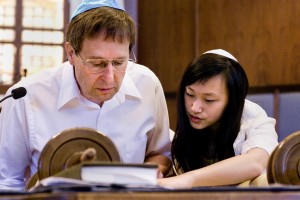 Jews come in all colours

The Ashkenazim are the German, French and Polish (European) Jews.

The Sephardim are descendants of Jews expelled from Spain and Portugal following the 1492 edict by their Catholic Majesties Isabella and Ferdinand.

The Hasidim are the ultra orthodox Jews who originate from Eastern Europe.

The Mizrahim are the Middle-Eastern Jews. They too fled to Israel as refugees from countries such as Iraq and Syria. When Israel was created in 1948, there were population cross movements similar to the 1947 Partition of the Indian sub-continent where the Muslims in India moved to Pakistan and the Hindus in Pakistan moved to India.

More Arab Jews again relocated to Israel due to the upheavals of the 1967 Six Day War. They have successfully assimilated into Israeli society.

The Palestinian refugees however have not successfully assimilated into Jordanian, Lebanese and other Arab countries where they sought refuge.

There are Chinese Jews from Kaifeng who have emigrated to Israel. (Photo right shows a Chinese Jew wearing a T-shirt bearing Hebrew words.)

There are Indian Jews from Cochin and Falasha Jews who were dramatically airlifted to Israel from Ethiopia to make up a 130,000-strong community.

The Jews in Israel are the most multi-coloured “race” in the world. 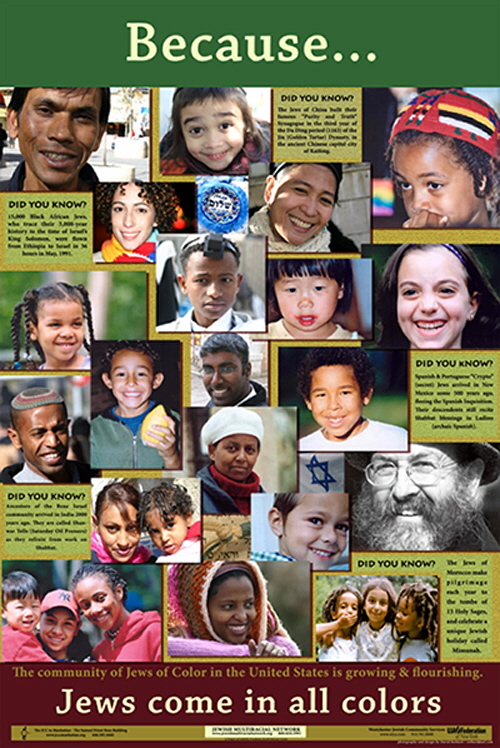 In his 21 Oct 2010 speech to 61st Umno general assembly, Najib Razak recited the following poem about who are the Malays.

The mualaf are considered Malays more or less. Well, Datuk Mustapha Ong is an Umno member, and Umno is the United MALAYS National Organization. There are many folks too from both sides of the political divide who consider Ridhuan Tee a Malay.

The mualaf-Malays, then, are somewhat like the converts to Judaism such as Elizabeth Taylor and Marilyn Monroe who were proudly embraced as Jewish daughters.

Ms Taylor and Ms Monroe converted by choice when they married their American Jewish husbands. In Israel, however, one has to convert to Judaism in order to marry a Jew. They are very strict about this over there. Just like in Malaysia.

Only the Chinese will never be Malay

‘Malay’ by definition in Malaysia has absorbed the non-native Arabs, Pakistanis and presumably Bangladeshis as well (since Bangladesh used to be called East Pakistan), Siamese, “Malbari” (Malabar is a region in southern India) and I wouldn’t be surprised if Bosnians were included.

Let’s take one category of Malays that used to be described as “DKK” (Darah Keturunan Keling). From Najib Razak’s speech, we can surmise that the forefathers of the DKKs could have come here from Pakistan, East Pakistan (today Bangladesh), Gujerat, Malabar, Tamil Nadu, Andhra Pradesh, Kerala, etc.

They are accepted as Malays because they are Muslim or they convert to Islam, and they adopt the Malay language, customs and way of life.

There is a similarity with the Chinese, the Indians, the Ethiopians and the other colours who are accepted as Israeli Jews because they practice Judaism and they are willing to learn to speak Hebrew, serve in the Israeli army, live like Israelis and pledge their life and loyalty to the state of Israel.

A piece of trivia: The capital of Israel, according to Israel, is Jerusalem. 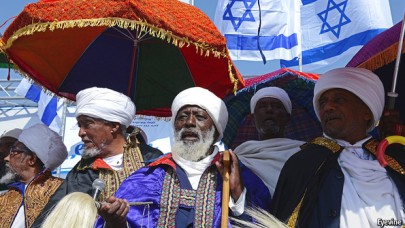 To return to the Declaration of the Establishment of the State of Israel, the state of Israel considers herself to be Jewish.

Some Malays – the Isma leaders as one example – consider Malaysia to be Tanah Melayu.

Malaysia appears willing to absorb almost everybody to become Malay with the notable exception of the Chinese and the Indians who are not Muslim. The fact on the ground is that the Chinese will never assimilate. The Baba-Nyonyas are a failed experiment.

About three-quarters of the Israeli population is Jewish. Israel is wary that her minority non-Jewish population, i.e. Palestinians, will grow to outnumber the Jews because Israel conceives herself as a “Jewish state”. If the non-Jews ever become the majority, then logically Israel can no longer remain a Jewish state.

The Palestinian population in the West Bank is usually estimated at between 2.6 million and 2.7 million, see Haaretz (30 June 2013). The population of Gaza is estimated at 1.865 million. 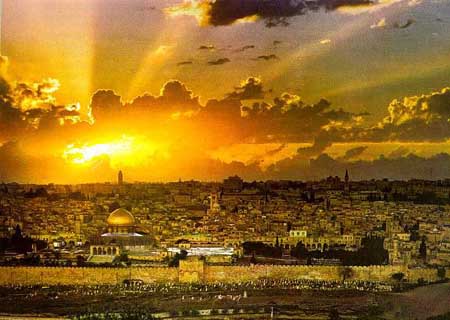 There is a “lack of separation between state and religion” in Israel, states Ari Rath, the former publisher and editor of the Jerusalem Post.

Judaism is favoured by the state, needless to say whereas Islam – which is the faith held by the Arabs (Palestinians) who make up one-fifth of Israel’s population – does not receive the same kind of state support or funding.

Jewish religious law, the halacha, plays a deep and prominent role in Israel’s national life. Some fundamentalist Jews even consider Israel to be a halachic state. They fear the expansion and influence of religion(s) other than Judaism — we’re talking Islam here, quite obviously – which would dilute the present religious nature of Israel.

Side note: The three Jewish teenagers abducted and killed/found in Hebron had attended religious school called yeshiva in a religious kibbutz.

Kissing at the separation wall: The Romeo and Juliet pretty scene of Palestinian girl and Jewish boy is staged

In December 2009, Israel Justice Minister Yaakov Neeman caused a political storm when he said that “step by step, Torah law will become the binding law in the State of Israel”.

Half donut chart: Strength of the religious parties in Knesset 2013

Do the Arab citizens of Israel accept that Israel is a “Jewish state”?

Hamas does not accept the existence of Israel, by the way. The Hamas charter seeks the destruction of Israel.

Can the Palestinians in Israel accept that halachic law could eventually be the law that rules the land?

Can the non-contiguous Gaza and West Bank form a viable independent state for self-rule? Can the 4.6 million Arabs in the Palestinian territories and the 6.1 million Jews ever live as neighbours without war between them periodically erupting?

121 thoughts on “Palestinians and Israel”