PAS will not be joining BN, said Majlis Syura Ulama in a statement today.

Well, nobody had realistically expected that kind of formalization anyway. Not at this early juncture so soon after PAS’s split from the now dead Pakatan Rakyat.

What PAS has agreed to, however, is:

ABOVE: Charles Santiago is the DAP Member of Parliament for Klang

PAS has also determined that it is willing to cooperate with Umno on matters of safeguarding Islam.

That’s good enough for the time being for we know who the enemies of Islam are. The Quran has already warned us.

In the defence of Islam, PAS and Umno will have to put stopping the neo-Zionists as the No.1 item on their common agenda.

Muslims in the Middle East choosing their sides

It’s a horrible time for Islam presently. Relations between Syiah Iran and Sunni Saudi Arabia is presently at breaking point.

The Saudis had executed a dissident Syiah cleric recently on Saturday. The Iranians reacted by attacking the Saudi embassy in Tehran. The Saudis responded by expelling Iranian diplomats from Riyadh.

Other Muslim countries in the region quickly stepped into line. UAE downgraded, while Bahrain severed diplomatic ties with Iran.

Jordan and Egypt have condemned the attack on the Saudi embassy.

Meanwhile, Syria’s embattled President Bashar al-Assad is backing Iran, as are the Lebanese Hezbollah. (Note: It was the Lebanese Christian militia that slaughtered Palestinian refugees in the Sabra and Shatila refugee camps.)

When there is a conflict, sometimes one does not have the option of remaining neutral. This is also the case with Protun vs Projib.

Let’s take the last six months. Do you recall the official leader of the Parliamentary opposition, Dr Wan Azizah, ever attacking Najib?

Or have PAS president Hadi Awang and Mursyidul Am Tuan Guru Harun Din been attacking Najib? These people are leaders in the opposition, and yet no gunshots from them.

Instead it is bullets from Tun that have been aimed round after round at Najib. Plus other sneaky sniper fire.

Even Lim Guan Eng does not attack Najib incessantly.

Kit Siang, yes, but certainly with much less ferocity than Tun.

So what do the Protuns expect Najib to do in this situation? Allow himself to be a sitting duck? 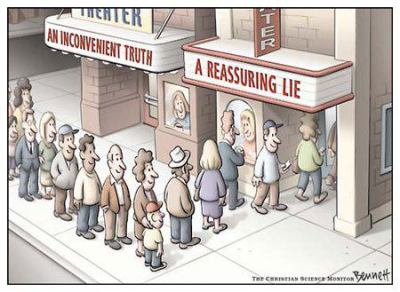 If you’re not with us, then you’re against us

There are three categories of Protuns:

Projibs are not declaring war on categories (1) and (2).

As for category (3), it’s still a democratic right for the citizen to vote for whomever he pleases. I voted twice for the opposition in 2004 and 2008, and I don’t believe that this decision should be held against me.

(Other than casting my ballot marking ‘Rocket’ during GE11 and GE12, I have absolutely nothing to do with the DAP.)

But if category (3) Umno people go beyond merely shifting their allegiance and are willing to sabotage the BN or to help/campaign for the opposition, then it’s only fair that they be regarded as the enemy.

BELOW: Very cute playacting, like what the roly-poly MCA does

MCA members who voted for DAP

To illustrate, take the MCA’s claim that it has one million members.

In GE13, the Chinese BN party obtained only 899,420 votes but these votes are from every race (Malays, Indians, Orang Asli, etc). It is clear that MCA’s own members did not pangkah ‘Dacing’.

Now if Najib were to allow his party people to emulate the MCA’s Gunting Dalam Lipatan backstabbing, then Umno is going to suffer the same fate as MCA, i.e. internal sabotage.

We can already see MCA slowly bleeding to death from having poisoned scissors tips stuck in its back.

DAP are the puppetmasters pulling the strings

It cannot be disputed that if the opposition win GE14, then it is the DAP that will be leading the government.

DAP is the strongest party. It won 38 Parliament seats during the 2013 election while PKR had only 30.

Of course lah DAP is very clever to play the “we’re only nine percent” gambit and pretending innocently to be ‘weak’ because Chinese-majority seats are limited.

But don’t be surprised if DAP spreads its wings and begin to contest Umno mixed seats by putting up DAP Malays.

IndoChina: 'DAP not racial, we contested in Umno strongholds in 1969' – #Malaysiakini (subscription) https://t.co/jdvvmhW2GI

They plead, “Oh, give us a chance and if you don’t like you can always vote us out the next term”.

You can see this trope being repeated endlessly by the DAP chameleons. Some of them nowadays are writing in BM and pretending to be Malay, and either pretending to be Protun or very deviously instigating the Protuns.

The DAP reassurance that they can easily be kicked out after one term is rubbish! Look at the chokehold that they’ve got on Selangor after only their first five years. Once they get their claws on Putrajaya, BN will never be able to recover the federal government. Ever.

If Harapan win GE14, DAP would refrain from openly heading the opposition pact upfront but they will surely be the ones calling the shots from behind the scenes. 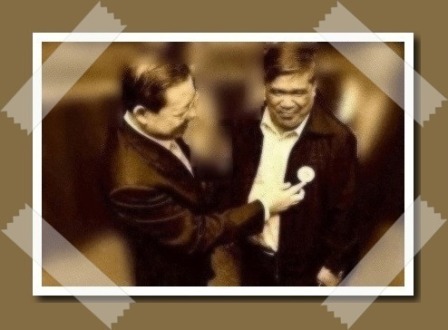 If Protuns fire at will, then Projibs will take no prisoners

Anyone now who is hellbent on weakening Umno is only helping make the DAP stronger.

It’s a zero sum game. A wounded Umno (from infighting) energizes and raises the morale of the Dapsters. They’re rubbing their hands in glee watching Tun fight Najib and the Protuns hentaming the Projibs.

Pro-establishment Malays slamming Najib may not have any conscious intent to empower the DAP. Nonetheless, their actions are inadvertently causing the undesired outcome.

A desired outcome is PAS and Umno unity. This is something only Najib can pull off.

The Protuns are doing nothing for the war effort against the opposition. Instead they are being destructive and causing harm to the ruling party at every turn.

And from what I’ve seen the last week in the blogosphere, the Protuns are so taksub to the Grand Old Man’s personality cult that they’ve lost their critical thinking faculty.

We know what drives the Dapsters. Hate, anger, resentment and gullibility – believing that they’ve been wronged but that they’re the ones selflessly turning the other cheek.

If you’re a Protun category (1) and (2) – i.e. not yet gone over to the oppo side – ask yourself what it is that you’re feeling against Najib and by extension Umno. Is it negative emotions like anger, frustration, impatience, recklessness, disgust?

I hope you realise that all this negativity of yours impairs sound judgment. When you’re not thinking rationally tapi terlalu ikut hati, then that makes it easier for you to be manipulated and made a DAP pawn.

I’ve seen up close and personal this week many Protuns take the DAP bait and fall into the oppo trap.

62 thoughts on “Update on the Umno-PAS-DAP situation”